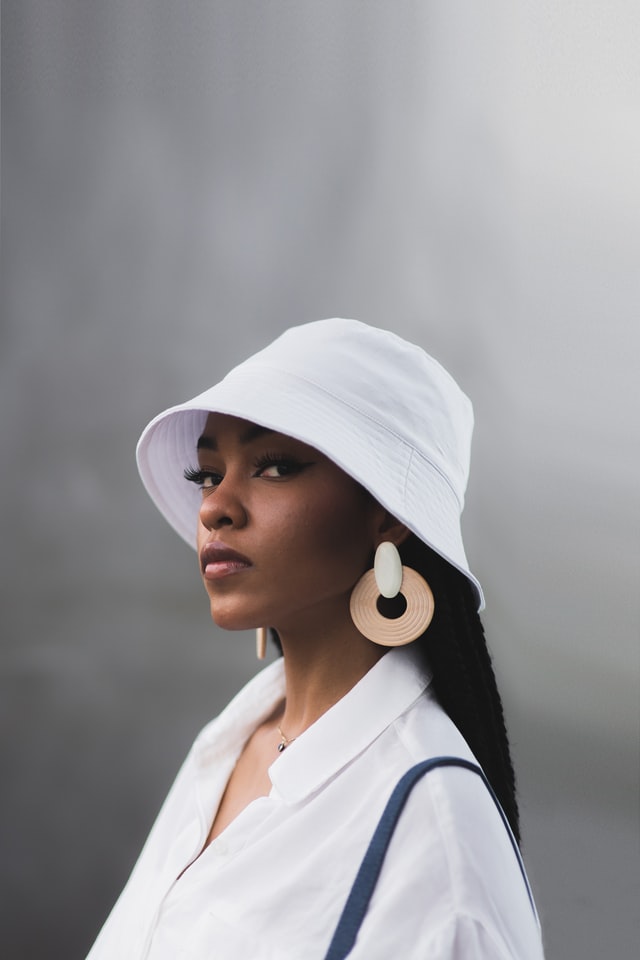 A vibrant new mural spotlighting the role African women have played in the British health service has been unveiled at Charing Cross Hospital. 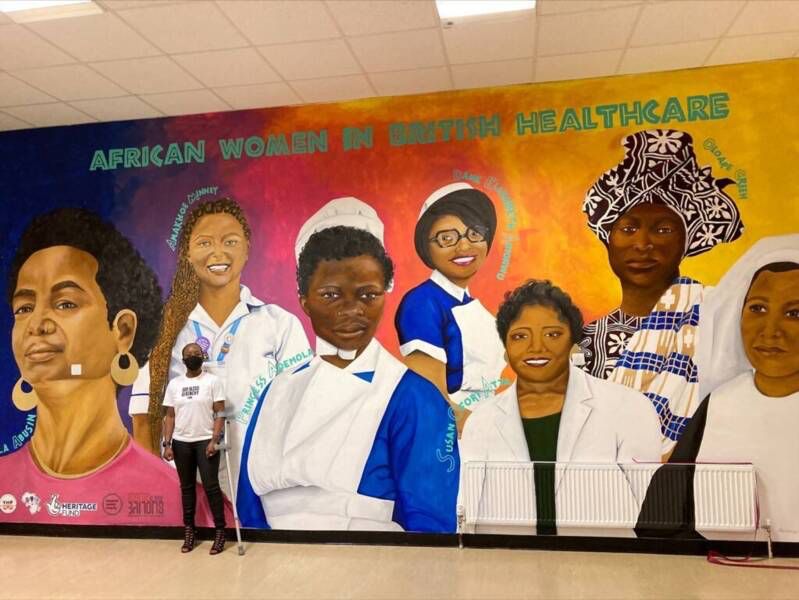 The work, by Bristol-based artist Michele Curtis, features seven African women who have worked in the UK’s healthcare system. The mural is the result of a collaboration between the artist and the Young Historians Project – a non-profit organisation formed by young people of African and Caribbean descent.

The organisation’s work focuses on encouraging people to engage with black British history, particularly those whose lives and contributions have been overlooked.

Among those featured on the mural are Susan Ofori Atta, who graduated from Edinburgh Medical school in 1947 before becoming the first female doctor in Ghana, and Professor Dame Elizabeth Nneka Anionwu, who worked tirelessly to raise awareness of Sickle Cell disease and its effects on African and Caribbean people in Britain.

Also portrayed is Amakhoe Minney, a current member of staff in the hospital’s hyper acute stroke unit. Born in Namibia 1995, Amakhoe moved to London when she was 18 to study physiotherapy at King’s College.

“We often don’t speak about African women’s contributions – they were definitely here, helping out and working. It’s a bit of history that is missing, so it’s nice to shed some light on it.”

Amakhoe said: “I think the project is incredible and I feel very proud – not just to be on the wall as an African, but also because I’ve worked at Imperial College Healthcare for four years and I really love it here.

“We often don’t speak about African women’s contributions – they were definitely here, helping out and working. It’s a bit of history that is missing, so it’s nice to shed some light on it.”

In 2018, YHP began a research project to recover the hidden history of African women who worked in Britain’s healthcare sector during the 20th century.

Recruitment for the health service from the colonies of the British Empire began in the period after the Second World War. However, nurses, doctors and other medical professionals from Africa often trained in Britain before this as higher education was generally not available in the colonies.

Despite their long history of work within the health service in Britain, the role of African women is rarely highlighted in discussions of the history of the NHS or of health work more generally.

By carrying out extensive research and multiple interviews, YHP has been able to document the lives of these women, which feature in the accompanying text.

A spokesperson for Young Historians Project said: “We wanted to research as many different women as possible who were based in all kinds of roles to try and get a diverse narrative.

“Some were more challenging to research than others, it might depend on the class position of some of these women. For example, Nurse Ademola was more well-known than others just from the fact that she came from an elite family and was a Nigerian princess, so there was as least some material on her that we could then use as a jumping-off point, although there is still a lot of her life story that is unknown. It was also easier to find photos of her, which is really important if you’re making a mural!

“Other people, like Lulu Coote, are more hidden figures – there wasn’t a lot of information on her general life or nursing career so we spent a lot of time using Ancestry and other databases to get little nuggets of information that we could use to create a better picture of her life. Although it turns out there were photographs of her too, it took a while to locate them.”

The project was funded by the charity and the National Lottery Heritage Fund and undertaken in partnership with Ghana Nurses Association, Nigerian Nurses Charitable Association and the Black Cultural Archives.

The mural can be viewed on the ground floor south corridor at Charing Cross Hospital. You can read more about the Young Historians Project here.