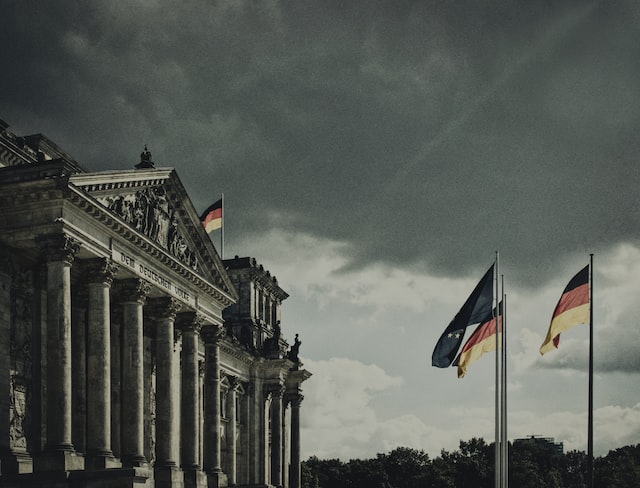 By BWSMDecember 7, 2022HISTORY, LATEST
No Comments

Clint Smith is the author of December’s cover story in the Atlantic, ‘Monuments to the Unthinkable,’ exploring how Germany — and by extension, the United States — accounts for the crimes of its past. (Courtesy the Atlantic via JTA)

JTA — For his 2021 book “How the Word is Passed,” the winner of the National Book Critics Circle Award for Nonfiction, poet and journalist Clint Smith, explored the landscape of American memory — specifically how the history of slavery is explained, commemorated, distorted and desecrated in sites across the United States.

While on tour promoting the book, he explained in an interview, he’d often be asked if any country had gotten it right when it came to memorializing its own dark past.

“As a scholar, as a journalist, I felt like I had to do my due diligence and excavate the complexity and the nuance, and the emotional and human texture, that undergirds so many of these places and spaces.”

The result is December’s cover story in the Atlantic, “Monuments to the Unthinkable.” Smith traveled to Germany twice over the past two years, visiting Berlin’s Memorial to the Murdered Jews of Europe, its Topography of Terror Museum, the museum in Wannsee where the Nazis plotted the Final Solution, and the concentration camp at Dachau, talking to historians and curators along the way.

As a Black man wrestling with how America accounts for the crimes of its past, he went to learn from the experience of the Germans, who “are still trying to figure out how to tell the story of what their country did, and simultaneously trying to figure out who should tell it.”

In an interview, Smith talked about the inevitable differences between the Holocaust and the Atlantic slave trade, the similarities in how two countries — and communities — experience their histories, and how his article could serve as a bridge between African-Americans and Jews in a time of increasing tension between them.

Smith spoke to JTA from his parents’ home in his native New Orleans.

Jewish Telegraphic Agency: Your book is about the ways America succeeds and fails to come to terms with slavery, and your article is about the ways Germany is, in your phrase, “constructing public memory.” I was struck by someone who warned you, “Don’t go to Auschwitz.” What were they saying?

Clint Smith: It was Frederick Brenner, a Jewish man and a remarkable photographer who has photographed the Jewish Diaspora across the world for the past several decades, who said that, because people are standing [at Dachau] and they’re taking selfies, and it’s like “me in front of the crematorium” and “me in front of the barracks.” That was deeply unsettling to him, especially as someone whose family was largely killed in the Holocaust.

“I don’t want to be reductive about it and say that you don’t want people to go to these spaces and take pictures. I think it’s all about the sort of disposition and sensibilities one brings to a space”

I don’t want to be reductive about it and say that you don’t want people to go to these spaces and take pictures. I think it’s all about the sort of disposition and sensibilities one brings to a space.

If someone went to the Whitney Plantation in Louisiana, I don’t necessarily want them doing puckered-lip selfies in front of a slave cabin.

I can understand why people wouldn’t want those places engaged with in that way, but you do want tourists to come, right? I mean, before the pandemic, 900,000 people visited Dachau every year, and part of what brings people to Dachau is seeing and taking a picture of the crematorium, taking a picture of themselves on this land in that space where history happened, and posting it online.

And maybe that serves as a catalyst for somebody else to make that journey for themselves.