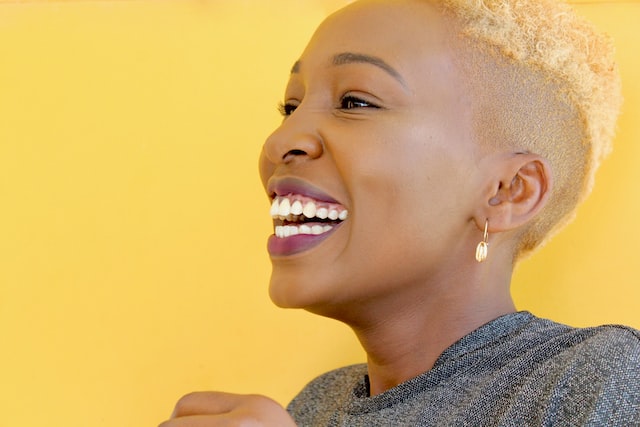 When taking an organizational behavior seminar in graduate school, Angelica Leigh came across several studies that found when it came to negotiations, men fared better than women and white negotiators outperformed Black negotiators.

But Leigh, now an assistant professor of management and organizations at Duke University’s Fuqua School of Business, said these findings did not align with her own experiences. “Research showed that women received worse negotiation outcomes because of the stereotype that they are nice, communal, and caring for others,” Leigh said. “But the idea that I as a Black woman would walk into a room and people would immediately think I was nice and cooperative didn’t fit with my own experiences, nor with modern portrayals of Black women in the media.”

Leigh and co-author Sreedhari Desai, an associate professor at UNC’s Kenan-Flagler Business School, recently published an article titled “What’s Race Got to Do with It? The Interactive Effect of Race and Gender on Negotiation Offers and Outcomes” in the journal Organization Science, that challenges existing research on gender and negotiations. They find that Black women fare better in negotiations than white women or Black men, and did about the same as white men.

To test their theory, Leigh and Desai conducted three separate studies. One study involved negotiating the price for a bulk purchase of mobile phones, another involved purchasing items on the online marketplace Craigslist, and the third was a business-to-business negotiation over the selling price of a cell-phone app. In each case, Black women fared better than their Black male and white female counterparts.

For example, in the Craigslist experiment, the researchers manipulated the race and gender of a potential buyer by varying the name, email address, and picture that was contained within email responses to item advertisements. The body of one of the emails read, “Hi—I am interested in the patio table you advertised and was wondering if it is still available? Also, is the price negotiable? If so, what are you willing to sell it to me for? Thanks a bunch, Ebony.” On average, Black women negotiators achieved approximately 4%–5% better pricing compared with white women and Black men.

Dominance refers to forceful, assertive and controlling behavior that result in a competitive bent toward winning. Many studies have found that when it comes to perceptions of dominance, white men outpace white women, who are thought to be more cooperative and perhaps more naïve when it comes to negotiations. In other words, white women are often not considered worthy negotiation partners, Leigh said. By contrast, Black women are stereotyped as domineering, strong, resilient and often self-sufficient.

Prestige refers to the belief that one possesses socially desirable knowledge, skills or expertise. “Whereas prevailing stereotypes of both Black women and men include high levels of dominance and aggression, Black men are also more readily associated with other, secondary stereotypes that are often applied to the Black racial category, such as being poor, unintelligent, or uneducated. Thus, Black women are ascribed relatively higher levels of prestige than Black men negotiators, and this leads Black women negotiators to obtain more favorable negotiation offers and outcomes than Black men,” the paper asserts.

Leigh said future research should examine barriers that might prevent Black women from negotiating and how Black men may improve their negotiation outcomes, including investigating strategies that have been previously found to reduce racial bias for Black male leaders.

Leigh said she expects people will be surprised by the findings. Already, other researchers have reached out to her for copies of her work.

“A lot of research on race and gender talks about double jeopardy, which is the hypothesis that membership with multi-marginal groups leads to even worse outcomes,” Leigh said. “But the double jeopardy hypothesis does not hold for Black women within the context of negotiations.”