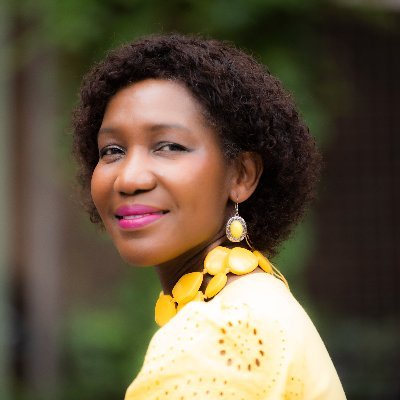 The racial hierarchy of the post-Victorian era — now known as white privilege — is still prevalent today. It exists in Australia, a multicultural country, observes Gloria Tabi from Ghana.

Tabi, the author of “Inclusive Teams & Workplaces: Everyone Wins!!”, has been in Australia since the 90s and has witnessed and experienced exclusionary practices that came from white privilege.

This inspired her to pursue her Master’s of Research at Western Sydney University (WSU) over the age of 40. Her social analysis focuses on race, Black identity and anti-racism initiatives.

Tabi first arrived in Australia to pursue environmental studies in her late teens. She intended to return to Ghana and tackle poverty, but as life would have it, she met her future husband at WSU and went on to have children with him.

As an inclusion specialist, we speak to Tabi about her work on white privilege as well as the common racism issues encountered by those in Australia:

“I understand the daily challenges in trying to survive white privilege and supremacy coming from a marginalised group,” she says. Source: Gloria Tabi

Walk us through your experience with white privilege in Australia and how it led you to work as an inclusion specialist.

In my 20s, I didn’t know exactly what to do. But growing up in Africa, my parents instilled the importance of education and its ability to get us out of poverty.

I also knew I wanted to do something to give back to the community, but it took me a while to get there. After my Bachelor’s of Applied Science in Environmental Studies, I worked with young adults at the brink of long-term unemployment.

This was due to several reasons including poverty, drugs and homelessness. I supported them with training and employment mentoring in a government-funded initiative over six to 12 months. This gave me great insights into societal inequalities and white privilege.

I continued working within this sector and then worked at a university as an engagement officer. My role here facilitated all faculty events — both local and international. Throughout my career, I witnessed and experienced exclusionary practices that came from white privilege.

The year 2020 was the catalyst with the killing of a Black man — George Floyd — in broad daylight on the streets in the US. I had already begun studying at that time with research on social analysis and inequities.

In my research work, I started noticing similar themes on racism and Black oppression on a global scale. I, myself, was experiencing them as a Black woman and watching my friends and family go through similar issues.

From there, Voice Everyday Racism was born. It was several months of hearing the most marginalised people in society come to this platform to share their stories of racism, microaggression and bullying.

I then encountered another problem, most of these victims seemed scared to share in fear of losing their jobs or further trauma. As a researcher, I aim to solve problems and I’m also passionate about supporting others.

I understand the daily challenges in trying to survive white privilege and supremacy coming from a marginalised group. This is why Everyday Inclusion was created, to help leaders, CEOs and company executives cultivate a workplace to be inclusive and supportive.

I also volunteer and serve on a board for the Parents and Citizen Association of New South Wales (NSW). Here, we support local high school principals and advise on school policies.

What matters to you most: work satisfaction, salary, social life or a work/life balance?

I really care about making society a place where everyone can thrive and succeed without fear of being a target of racism, abuse or harassment. I believe this need has come from my own experience in being excluded from many spaces including the workplace.

As a Black woman, I encountered issues with white privilege, gendered racism, bullying and harassment. These have all impacted my life in many ways.

However, flexibility in work/life and social balance is important for me. My creative expressions in writing and learning constantly put me on a path to be an evolving human who still values ongoing learning.

“Employee engagement, workplace diversity and inclusion is a must. Diversity in thoughts and ideas encourage creativity and innovation. Inclusion is a basic human need to feel a sense of belonging,” is some of Tabi’s advice for an inclusive workplace. Source; Gloria Tabi

What about Sydney? What was your first impression of the city?

It’s a great city with vibrant cultures from around the world coming together. Coming from Ghana, my first impression was: “WOW”. It’s a beautiful city and no matter where I travel to, I still call Sydney my home.

What about the food? How does it compare to Ghana?

Food in Australia is varied and we are blessed with a variety of fresh produce. When I first came in the 90s, I didn’t understand the concept of pizza — a strange texture and taste.

After a while, I figured, in order to go out on a Friday night on a budget and not starve myself, pizza was my only choice. Now, I quite enjoy it.

Australia as a multicultural place offers many different cuisines. I like to mix my Ghanaian dishes like “Jollof” (rice cooked in tomatoes and seasoning) with Indian curry. But my favourite so far is curry prepared fresh at home.

What’s your advice for inclusion in the workplace?

Employee engagement, workplace diversity and inclusion is a must. Diversity in thoughts and ideas encourage creativity and innovation. Inclusion is a basic human need to feel a sense of belonging.

Due to white privilege, structural inequalities and racism, for a business to accomplish inclusion, they must understand what these issues are. My advice is to decolonise recruitment practices and engage in communication and improvement.

BOOK is available to purchase directly from our website as a Paperback within Australia.

Gloria Tabi talks about inclusion in the workplace and the social media impact when organisations are not walking the talk.