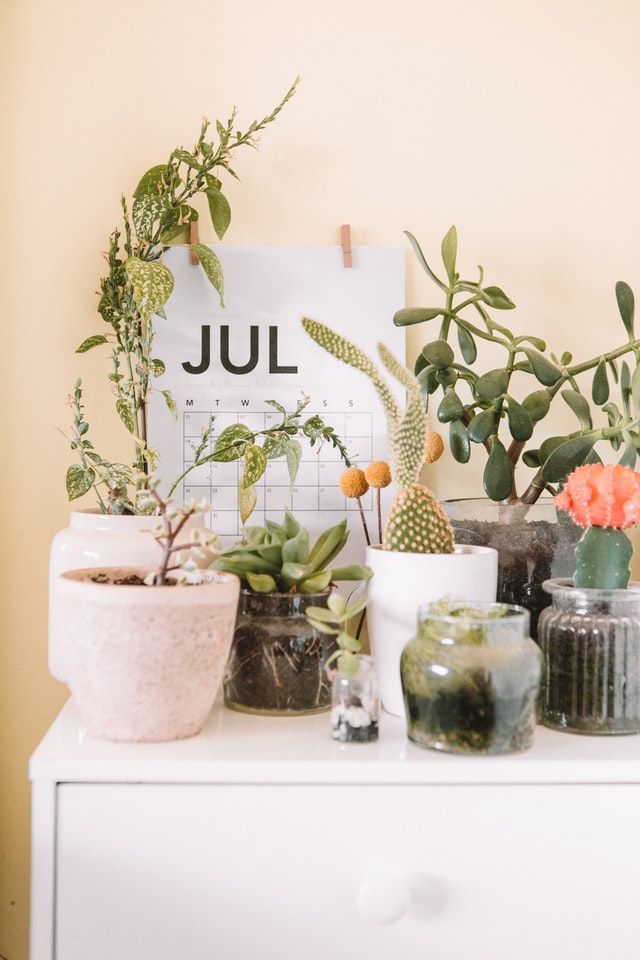 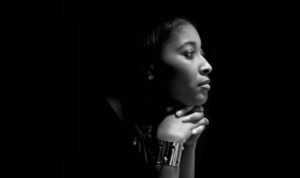 Since I sat down to write my welcome piece, our focus at Black Wall St. Media to promote news of common interest to create and facilitate positive narratives on the diaspora, has not been short of material.

As I said then (which already feels like an eternity ago), we as a Black collective are so rarely invited to the table when our own matters are being debated, even though it might directly concern us, we are never allowed to influence the debate. The very purpose of this platform is to facilitate conversations without an agenda, and this past month has been a roller-coaster of global highs and lows.

The recent research compiled by the Runnymede Trust showed that the UK Government is in breach of its human rights obligations under a key treaty aimed at eradicating racial discrimination.

Like the USA and other countries that are home to the diaspora, racism is systemic in the UK. Legislation, institutional practices, and customs continue to harm minority ethnic groups, according to the Runnymede trust.

Almost immediately after the report was released, we experienced the infamous Euro finals, which was far from surprising but was an important opportunity for racism in football to be addressed.

Sadly, we all knew it was going to take more than ‘bending the knee’ to shift decades of institutionalised racism, as beautiful as the gesture is, it’s just that, a token gesture. It’s not tangible change or affirmative action or there wouldn’t only be six black managers in the 91 first teams.

There have only been nine Black managers in the history of the premiere league. Black Wall St Media is about having these conversations and as I said at the time, the reason this conversation was about more than football is because these same statistics are reflected across every industry In England.

Football is racist because it is England’s national sport and guess what? England is racist.

Not long ago, we witnessed the disgraceful treatment of members of the Windrush generation who were “caught up by measures designed for people who have no right to be in the UK”.

Hostile environment is about right. Rashford, Saka and Sanchos faced the same racist abuse and pressures that their black male counterparts do all over the country and in every single industry.

Police Brutality and mental health were a part of the conversation this month. The last time a police officer was successfully prosecuted for the death of someone in custody was in 1969.

So, July was home to a key moment when PC Benjamin Monk was found responsible for the unlawful killing of former Aston Villa striker Dalian Atkinson and was convicted of manslaughter.

Called to Atkinsons family home, Monk repeatedly tasered and kicked the former footballer who was in the middle of an acute mental health crisis, in a six-minute assault that led to his death.

This small victory won’t bring Atkinson back to his family, but it was a small step in the progress of justice. This was followed by a shocking exclusive by Daniella Maison on the imprisonment of Siyanda Mngaza and this of expose Siyanda’s case was a blow for social justice as it unravelled a decades-long struggle against racist policing, exposing deep levels of corruption

In mid-July, I had to join the conversation and speak up. As a psychologist, as a mother to many who has fostered hundreds of children, as a Black woman and as a human being,

I had to speak up on the tragic and unnecessary fate of six African American children, Merkis (19), Hannah (16), Devonte (15, Jeremiah (14), Abigail (14), and Ciera (12). In March 2018, the Washington couple Jennifer and Sarah Hart killed all six adopted children by driving off a California cliff in a horrific act of murder-suicide. At first, authorities assumed the car crash was an accident.

Further investigation revealed that the women had been abusing the children and had premeditated the crash, drugging the children with up to 20 doses of Benadryl each before driving ‘pedal to the metal’ off the side of the cliff.

The documentary that led me to write the piece, was compelling but challenging as the racial and economic factors underpinning the tragedy were revealed.

With each new discovery, we learned of another systemic failure to protect these children. There’s that word again, systemic, effecting so many areas of Diaspora life.

As change-makers, storytellers, and representatives of our community, we can create and inform the perceptions that flow within society and culture. It’s a process we need to reclaim as our own, we need spaces where we can be more nuanced, explore the grey areas, and actually discuss the real issues without systemic racism at the core.

We also share the uplifting news that goes unnoticed by mainstream media and there was plenty to draw from. From Michael Jordan’s Black Superman to Kenyan scientist, Hope Mwanake, Co-Founder and COO of Eco Blocks and Tiles, the first company in Kenya to manufacture roof tiles and other construction materials from plastic and glass waste.

Not to mention, an empowering piece by Joie Eckhard on Naomi Osaka gracing the cover of Vogue magazine.

We also shone a spotlight on Courtney brown as he opened up about his mentoring charity Father 2 Father, which provides children with no actively involved father figure with role models and guidance.

If you watched the mainstream news reports of Simone Biles, you’d be forgiven for thinking something bad had happened. However, myself and many mental health campaigners are applauding Simone Biles this week for prioritising her wellbeing after the world’s top gymnast withdrew from the women’s all-around gymnastics final at the Tokyo Olympics.

Biles pulled out of the competition after a medical evaluation determined that she was not ready to compete, following her decision to leave the women’s team event on Tuesday.

This was met by a typical white privilege response from Piers Morgan who took to social media to say: “Are ‘mental health issues’ now the go-to excuse for any poor performance in elite sport? What a joke, just admit you did badly, made mistakes, and will strive to do better next time. Kids need strong role models not this nonsense.”

What Piers chooses not to see is that Simone’s brave stand is exactly what makes her a role model. In any high-performance industry there is real pressure, and it needs to be discussed.

Modern British TV icon Caroline flack’s suicide was triggered by journalists who bullied her which is what make it even more reckless of Piers Morgan to overlook and dismiss mental health as a ‘joke.’

My overriding thought of the month has been that it’s not about football. It’s not about tennis, or gymnastics, it’s about our standing as Diasporan’s in the world. It’s about our permanent status as visitors in the places we call home.

It’s about the microaggressions and macroaggressions we experience on a daily basis that constantly lets us know what the general mindset all too often is.

Our issues are reported with so much bias on mainstream media that they impose an unimaginable amount of trauma on us.

The number of times we’ve been exposed to racist tweets and the N Word, on the news, on WhatsApp shares and even on the street since the Euro’s is traumatic.

For those who are struggling with mental health enough already (the racism, inequalities, and mental health stigmas in the healthcare industry are already challenging enough), Piers Morgan’s dismissive and aggressive comments are traumatic.

Thankfully, we don’t have to be continually subjected to the traumas that biased reporting causes us as Black Wall St. Media are committed to changing, and balancing, the narrative. We were proud to report on Judge Herbert OBE landmark victory after repeatedly raising concerns about discrimination faced by African, Caribbean, and Asian judges (which he was punished and disciplined for speaking out on).

He previously told a preliminary hearing into his discrimination claim that racism in the legal profession is “well documented and systematic’.

His case was unusual: few judges have challenged the judiciary on race discrimination grounds in such a public and vocal manner.

This month they were successfully held to account and word is he will be holding a ‘justice party’ (sounds like my kind of party). I hope that this space makes you, our readers, feel understood, validated, and represented.

As we enter into August, I ask that you don’t shy away from having the conversations that matter to you most. Send us your news, share your stories as we work to shape a new narrative and make some noise about what really matters to us, through our own lens. 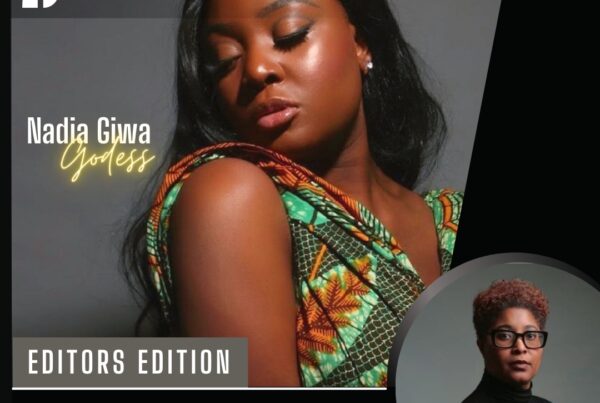 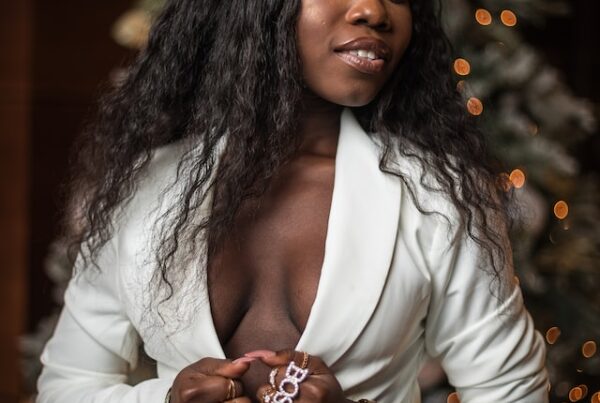 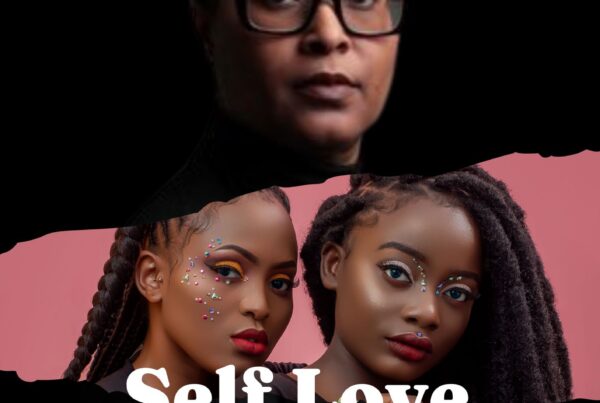