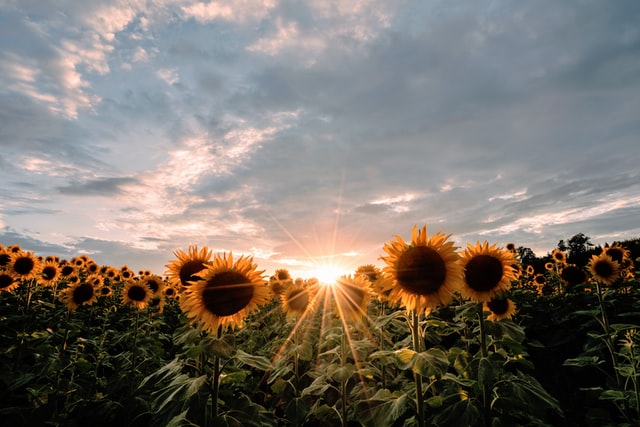 I have noticed that two things happen when society lives through times of rapid change, as we have been doing for some time. The first is that our need to be inspired grows, the second is that our ability to be an inspiration is manifested. As we shift into the final few weeks of summer (can you believe that?) and navigate the ever-changing COVID plans and updates, I feel we’re all in need of a news platform that understands that too.

We’ve made a bolder and braver media platform to achieve both; to inspire and be inspired. So this August has been centred on continuing to raise up varied news and voices from across the diaspora. I am incredibly proud of what the Black Wall St Media team has created and curated on these pages during August.

From our empowering UN Women presents ‘A Force for Change’, an art exhibition and auction featuring work by 26 Black women artists to an interview with Hearts of Talent who are changing the narrative for young people from London’s diverse communities by encouraging them to unlock their potential with a performing arts competition like no other, designed to guide young people away from knife crime and unlock their potential.

We also announced that Channel 4 is hosting a one-off Black to Front event this September which will see popular shows being “taken over” by Black talent, both in front of and behind the camera.

August 28th marked the one-year anniversary of Chadwick Boseman’s passing (another sign to me that time has vanished) and the world again paid tribute to a man who, to me, embodied what it is to leave a legacy. Chadwick preferred charity work to lavish celebrity parties and he achieved a lot for the causes he believed in which included Black Lives Matter and children’s charities. He put everything else into his incredible portfolio of work which included playing the role of Hall of Famer Robinson, the first man to break baseball’s colour lines; and a year later he was electric as James Brown in Get on Up. Everything Boseman achieved came after the age of 35, which is a testament to something I always tell my audiences and mentees which is that success is down to persistence and is rarely achieved overnight.

Chadwick’s anniversary stirred up my passion in the belief that we need to champion our talented whilst they are here. Tomorrow is promised to no-one and all too often tributes are paid after someone has died.  In this spirit, Black Wall St Media has shone the spotlight on inspiring people who deserve to be tributed, including East Dulwich woman Akima Paul, who has been nominated for the black British business awards.

The passing of Lee “Scratch” Perry aged 85 was a watershed moment not only for the diaspora but for the music industry because his role is unarguable central to the way we perceive dub today. His influence is audible in popular modern artists like FKA twigs; and he has been called ‘a cornerstone of modern electronic popular music’. It’s so important that we give credit to those whose shoulders we are standing on and who contributed so greatly to modern art as we know it and Lee Scratch Perry is another example of enduring legacy that deserves our respect.

In a very different example of black excellence, pop star Rihanna’s business savvy has literally paid off as she entered the rank of billionaire via the success of her beauty brand, Fenty Beauty, which caters to darker skin tones and has grossed the Barbados-born chart topper an estimated $1.4 billion.

I’m sure in the month ahead there will be plenty to talk about with regards to Hurricane Ida, which has had a devastating effect on Louisiana, an American state with a large African American community, which has caused havoc for the community on the 16th anniversary of Hurricane Katrina and was the strongest to hit since 1850’s. It’s not enough just to talk in emergency situations, I know I’ll be donating to their emergency helpers and supporting the diaspora over there.

Over the next few weeks, the UK intends to resettle around 5,000 Afghan nationals at risk in 2021, and up to 20,000 in the longer term. Afghanistan is not a country I have any direct connection to but as a child of the Windrush generation, I empathise with any cultural group who ends up in the U.K. As Caribbean diaspora, we know firsthand what it is to be welcomed here, only to discover that when you try to build a life here, we are not welcome and from that perspective, I truly hope that England is able to extend a warm welcome to the victims of Afghanistan who have lived in terror for too long and urgently need aid and a place to live. They need a community who understands that we are one world, and they need our support to integrate and feel safe.

As we enter into Autumn, I know that in the UK especially, were feeling robbed of the summer sun and the goodness it brings (especially on the back end of COVID robbing us of our beach holidays!) but let’s work to embrace the upcoming season in any way that we can. Let’s invest in our legacies with the last few embers of 2021. As for us at Black Wall St Media, we will be continuing to focus on real people, their struggles, their victories, real stories, and the truths of life in every part of the diaspora. September, we are ready for you!