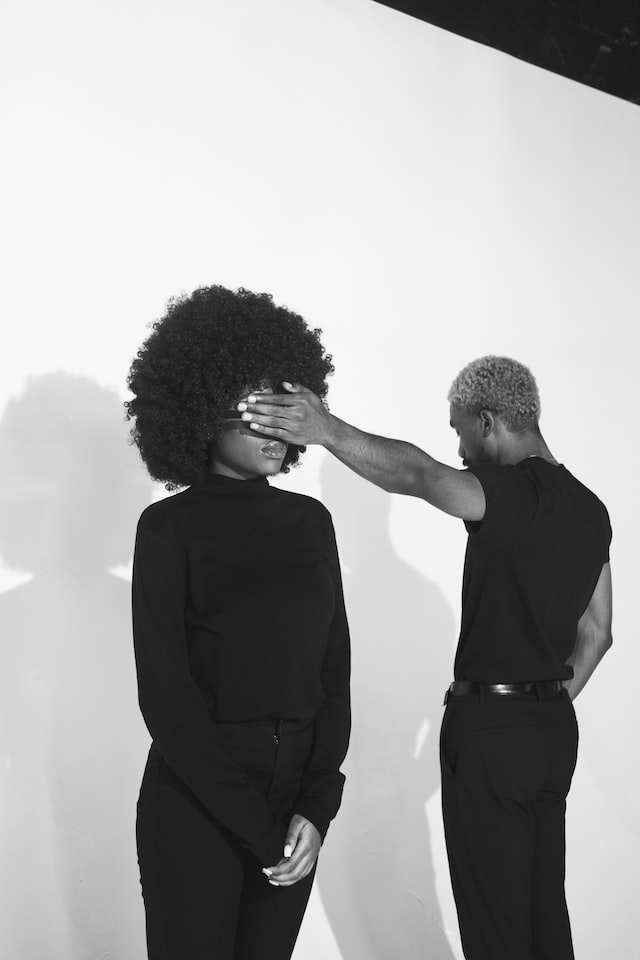 Disney children’s movie trailer The Little Mermaid was released not long ago, and it received 1.5 million dislikes in just 24 hours. Do Black mermaids’ matter?

A crucial dimension to the development of our sense of identity, established during infancy, is our collective sense of self, humanity, and continuity. In years to come, a major theme of this present century will be the pursuit of our individual identity.

Movies, media campaigns and music, all bellow from billboards and plasma screens that we are on a search for who we are.

In centuries past this futile pursuit would have been easily remedied since, in centuries past, it was accepted that this quest  requires neither self-help books nor imagination; it requires only an accurate knowledge of our heritage, and an awareness of the natural ties we possess to our pasts and connectivity with our culture.

In centuries past, cultures were aware that without knowledge of self, of history, of culture, of community; we remain as desolate as brooks without a source, as trees without roots, as bodies without souls.

The truth is that in the diaspora we have long been disconnected spiritually, psychologically, and conceptually from the larger historical and current world linkage that has determined our sense of belonging.

We have long been stranded in societies that relentlessly immerse us in anti-African rhetoric and zero representation.

We have long hungered for the medicine that would immediately reaffirm our sense of self. If we are in any doubt, we need only look to at our children, wading aimlessly through seas of euro-centric entertainment and education, to be reminded that we need to heed the blaring need to create a change.

After all, racial representation is needed so that the full story can be told.

Yet the clarion call to merge Afro-centricity with entertainment and education from the diaspora still exists as a subject of constant dispute, even in the ‘wokeness’ of 2022.

As the ongoing outcry regarding Disney’s black Ariel continues on, little attention has been paid to the fact that this issue is twofold.

Firstly, it is about the agonisingly round-the-clock and all-year-round lack of diverse representation. Secondly, it’s about undoing past wrongs.

It’s a mundane scenario at this stage of the game: Disney Presents… a lead character of colour. Those who value diversity and representation celebrate a small victory, whilst the racists wig out about their irrational fear of too much change and the ‘good ole days and trolls toss around the term “race swapping” as though a Black mermaid is a threat to their very humanity.

Firstly, let’s clear up the whole misguided theory that the Little Mermaid couldn’t possibly be black because she was white in the 1989 animated movie. First of all, the movie is based on a Hans Christen Anderson book in which the character, was described as ‘the prettiest of them all; her skin was as clear and delicate as a rose-leaf.’ A rose leaf.

Yes, the author wrote The Little Mermaid to be as green as a leaf. Her red-haired Caucasian form in the 80’s movie was a creative imagining of the original text.

So, for those toting the #NotMyAriel hashtag, unless you happen to be green, you are grossly misguided.

The naysayers tweeting that ‘Mermaids are white’ are likely unaware that Mermaid folklore existed in pre-colonial Africa and the Caribbean (the Orisha sea goddess Yemaya is just one example) long before Hans Christian Anderson penned his fable in the 19th century,  but that’s a whole other story.

Just to be clear, mermaids do not actually exist and so they cannot be claimed by any race any more than a Griffin or a Minotaur can be. Dig it? Imagined beings can be re-imagined.

The bottom line is that Disney creating a Black Mermaid goes far beyond bringing a little representation to the Oceanid world.

The issue isn’t just that Disney featured a total of zero Black princesses for 70 years. It’s not just that for decades, little Black and brown kids never got to see ourselves in the lineup. It’s that in the quagmire of Disney’s history it has consistently perpetrated racist stereotypes.

Disney is a $193 billion dollar company, the largest entertainment industry in the world and it has actively perpetrated the legacy of African enslavement and forms of white supremacy.

Just a handful of examples include 1941’s “Dumbo,” the elephant encounters a pack of crows in which the lead crow is named Jim Crow.

Jim Crow law was the legalized method of social control in America for 78 years. Violence was instrumental for Jim Crow, and it was the law under which countless African Americans were lynched. Without an agenda, what place could a character named Jim Crow possibly have in a children’s movie?

The very same movie included a song entitled “Song of the Roustabouts,” in which faceless Black circus “workers” sing ‘happy slave’ lyrics including “We slave until we’re almost dead / We’re happy-hearted roustabouts” and “Keep on working / Stop that shirking / Pull that rope, you hairy ape.”

This isn’t a matter of hyper analysis, in fact on Disney Plus, Disney has added a disclaimer to “Dumbo” that states the movie contains racist stereotypes.

African Americans have been frequently portrayed with personality characteristics that are stereotypically negative for decades.

One of the most well-known, and arguably best loved, characters from “The Jungle Book” is ‘King of the Apes’ Louie. He has a heavy ‘jive slang’ accent; he is lazy and demanding and adheres to the stereotypes that bombarded African Americans during the 50’s and 60’s.

A lack of positive representation on the big screen is as damaging as none at all.

On the rare occasion we have seen moments of representation by way of Black and brown leads in Disney movies, from Tiana in The Princess and the Frog to Kenai in “Brother Bear’s” and Kuzco in The Emperor’s New Groove’, they all share a similar trait. They are characters who spend almost all of the movie metamorphosed into animals. It’s as though somehow characters of colour are more relatable, loveable, or saleable as cute animals that they are as human leads.

The truth has been twisted and bended in so many ways in Hollywood, unapologetically and for so long, the Little Mermaid furore is almost laughable.

Interestingly, there is little to be said by the same masses who are presently squawking ‘race swapping!’ over a mermaid when real life Black people are still played by white people.

Since the inception of cinema, African Americans have been denied the opportunity to play black roles as whites dressed in blackface to reinforce white supremacy, creating a cycle of negative effects within society’s perceptions.

The issue is that’s whilst it lessened, it has never stopped. The movie “A Mighty Heart” (2007) is based on the real-life ordeal of real-life journalist Mariane Pearl. Mariane is of Afro-Cuban descent. Nonetheless, she was played by Angelina Jolie who had to literally slip into modern day blackface to play the role.

In the 2016 movie “Elizabeth, Michael and Marlon” (based on Elizabeth Taylor, Michael Jackson, and Marlon Brando), African American Michael Jackson was played by none other than Joseph Fiennes (yes, Shakespeare in Love Joseph Fiennes) after being casted in the role, Joseph said: “I’m a white, middle-class guy from London. I’m as shocked as you may be.” In other words, the backlash only ever works in one direction.

There are as many as 100 of these examples that went largely unnoticed and yet, a Black Mermaid is a problem?

I still remember the coffee brown barbie my aunt sent to me from America when I was six. I had never seen a black barbie doll before, and I still remember marvelling at her black hair and melanated skin.

That ‘first’ was back in 1986 for me, but for some kids it was in 2018, when they witnessed the historic moment of seeing Black superheroes for the first-time courtesy of Black Panther. Here’s the rub; the content that our diverse society imbibes via the big screen is supposed to reflect its people.

The #MeToo movement resulted in approximately five minutes of increased diversity and representation in the entertainment industry, and now there is a prevailing worry that attentions have turned elsewhere.

The unnecessary hubbub over a Black Little Mermaid is case in point.

Representation matters. It matters because we matter.

All too often the entertainment and media industries marginalize, underrepresent, and misrepresent people of colour, unashamedly and unapologetically. The pace of change has been “glacial” when it comes to improving representation of Black, Asian, and other minority ethnic people on-screen.

It matters that Disney have propagandised racist stereotypes to masses of people.

It matters because it shapes how we as minorities are viewed by society and how we view ourselves and the contribution we make to society. It matters that we are included on the big screen; that children can see themselves in lead roles.

If there’s one thing that cannot be colonised it’s our imaginations.

Thankfully, thousands of grown men being triggered over a movie made for 8-year-old girls hasn’t managed to dominate all of the discourse or prevent the movie’s release.

In response to the tsunami of negativity, parents have been pushing back, posting heartwarming videos of their children excited by the sight of a Disney princess who looks like them. The inevitable success of this movie is merely going to be proof that even a tale written by a Danish man in 1837 can and should adapt to our modern-day melting pot… and we’ve earned every second of it.