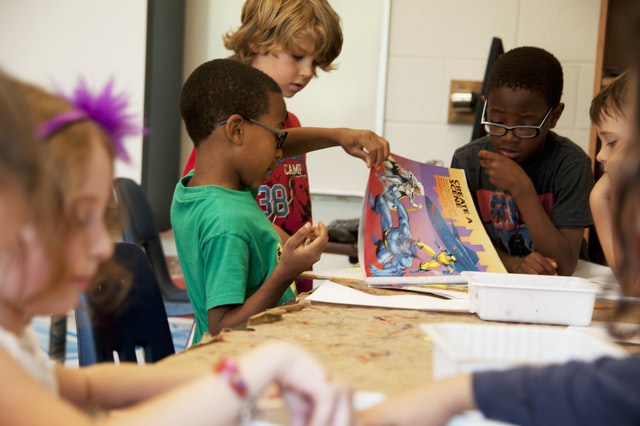 Good schools are being graded inadequate by Ofsted, with behaviour as the contributing factor

I was prompted to write this article after two schools made contact with me off the back of my Anti-Racist Education article.

An outer London Primary School described the frustrations from teachers and pupils with the behaviour of a particular KS1 child. The teacher shared incidents where the child would re-enter their class after being managed by SLT (running around the school most of the day disrupting learning and insulting pupils and staff) push lessons resources of pupil’s tables, throw items at children and verbally abusing them. On this day in question, the teacher described where the child threw a paint pot at the him, striking him on the head. All this took place as two members of SLT looked on. When I question why they did not intervene. The teacher explained, as a school for particular they operate a stand back and observe approach to manging extreme behaviour.

The findings of Ofsted – Primary Schools

In twenty inspections carried out between January and March 2022, these are some of the comments written by inspectors of school’s who were judged as inadequate.

Pupils’ behaviour is often poor. Incidents of disruption and aggression are too common. The behaviour of some pupils during lessons is disrupting learning. Pupils are potentially unsafe. Adults are sometimes left to deal with pupils’ challenging behaviour without support from senior leaders. Some pupils and staff do not feel safe in school. Leaders do not link pupils’ misbehaviour with safeguarding records or incidents. Therefore, they are not identifying or addressing well enough incidents of pupils’ poor behaviour.

Senior leaders do not consider the views or well-being of staff well enough. There are too many members of staff who now feel overawed and exhausted, mostly due to managing pupils’ poor behaviour. Morale in the school is low. Leaders must work closely with staff to promote their welfare, help them feel valued and improve pupils’ behaviour.

Too many pupils do not behave well. Changes in expectations from adults and different approaches to how behaviour is managed have led to confusion. As a result, some pupils find it difficult to know what is expected of them. However, pupils say behaviour has started to improve. Leaders have convincing plans to continue the recent developments and to support pupils who struggle with their behaviour.

Leaders have failed to understand the link between the poor behaviour of some pupils and the implications this has for pupils’ safety. Leaders are unaware of some incidents of poor behaviour. Leaders do not examine records to look for trends or patterns to help them prevent incidents of further misbehaviour. Leaders have not ensured that procedures are in place to check on the safety of pupils who are absent. These pupils are potentially at risk.

Leaders have not ensured that the behaviour of all pupils is consistently good. There are too many serious behavioural incidents. Some pupils and staff feel unsafe, and learning is disrupted. Leaders should ensure that a consistent behaviour system is introduced, so that all pupils behave well, and that learning is not impeded.

An inner London secondary school where the behaviour presented by students is unsafe for staff, other students and themselves. The school has seen a marked increase in the number of fixed-term and permanent exclusions as a result of the outcomes of these behaviours. The growing number of students becoming victims of criminal and sexual exploitation remains a concern. The resulting behaviours associated with these serious safeguarding issues are ignored, and instead the school chooses to invoke their behaviour policy sanctions in the first instance, and where a fixed term exclusion has been issued, safeguarding support is then also given.

The findings of Ofsted – Secondary Schools

In eight secondary inspections carried out between January and March 2022, these are some of the comments written by inspectors about schools judged as inadequate.

Leaders’ actions to help pupils with the most extreme behaviour are more successful. Work with families and pupils is having some success. However, leadership of behaviour is not spread widely enough. Lessons are often disturbed by low-level disruption. Instances of pushing and kicking happen when pupils move between lessons. Pupils told inspectors that, in some lessons, too much time is taken up by teachers having to deal with poor behaviour.

Leaders, including those from the trust, and governors have failed to act swiftly enough to address poor behaviour. They have not supported staff adequately to help them manage pupils’ behaviour effectively. Too many pupils in the secondary phase are late to lessons, behave poorly in lessons or remain in the corridors when they should be in classrooms learning. They disrupt others’ learning. Too many show a lack of respect to staff and to other pupils. Too often, pupils’ behaviour, particularly outside of lessons, makes other pupils feel unsafe. Inspectors saw pupils behaving poorly. Sometimes, staff did not challenge this behaviour. A significant proportion of staff, parents and pupils do not have confidence in the leaders’ ability to bring about the necessary improvements.

Expectations of pupils’ behaviour are not high enough. Poor behaviour is not tackled rigorously. Learning is disrupted, and the policy to manage behaviour is not reducing incidents of poor behaviour. Leaders and governors should ensure that all staff have consistently high expectations. Staff should be supported to tackle pupils’ poor behaviour so that pupils are able to concentrate in lessons and feel safe around school.

Inspectors spoke with pupils and students; these are the inspection report comments related to those conversations:

Pupils say that behaviour is not consistently good. The behaviour of a minority of pupils is detrimental to others, particularly to older pupils. Poor behaviour gets in the way of learning. Pupils understand what bullying is. They say bullying does happen and when it does, leaders deal with it.

Behaviour is, at times, chaotic and dangerous. Some pupils find this behaviour intimidating and unsettling. They do not always feel safe. Leaders must urgently review the behaviour systems and levels of supervision to ensure that behaviour is respectful and safe.

Not all pupils feel confident to report any worries or concerns that they may have to staff. Pupils also told inspectors that they can feel unsafe at school because of the unkind behaviour of some pupils. Examples of this include the use of derogatory comments linked to pupils’ protected characteristics, such as their race, gender or sexual orientation. As a result, some pupils can feel very anxious and are unsure of what to do to get the help that they need.

The impact of COVID19 has had far reaching implications on children and young people across all age phases. Where schools have reported the change in behaviour, some have not seen the correlation between child exploitation and trauma triggered behaviour. A survey carried out by the University of York, NIESR and EPI for EYFS learners suggests both parents and schools perceived that children had been disadvantaged in regards to their Social Emotional Wellbeing.

Healthy social, emotional, and behavioural well-being is defined as a child’s developing capacity to:

With regard to older children, the ‘COVID-19 School Snapshot Panel Findings from the May survey July 2021’, DfE, looked at pupil behaviour and attendance, knife crime, pupil mental health and the school day. Teachers and school leaders reported how lockdown had significantly affected students as they returned to school.

The hidden harm, that is child exploitation in the community, was not looked at or considered. 12 months on, young people are still suffering the trauma associated with child exploitation, which increased over the lockdown periods.

Some of the challenging behaviours seen in schools, I believe is due to a combination of a social, emotional deficit and trauma associated behaviours. Where school have had success in supporting young people in transforming their behaviour, they have adopted a trauma informed practice approach to pupil engagement and positive teacher and student interaction. It is of paramount importance that we, as educators, understand the root cause of a child’s actions before we begin to sanction the outcome; only then, are we able to better manage the behaviours as the support given, would be based on an informed teacher response rather than one which is solely sanctions based.

It will take outstanding, patient, and creative teaching in the foundation stage, followed by consistent, trauma informed teaching and leadership across all key stages, if we are to heal the damage done by two lockdowns on our children and young people.

Status is online
Anthony Peltier
Innovate for Growth CIC is about elevation through joint partnerships, shared resources and opportunities
Next Post