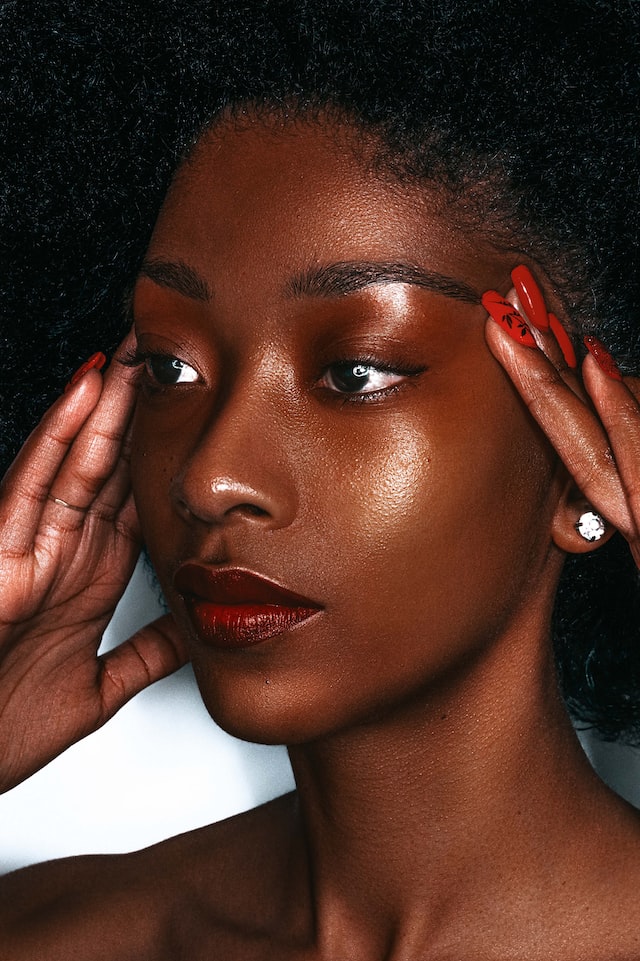 Black Women And Invisible Disabilities: A Story Of Multi-Marginalization

Life with an invisible illness is a constant battle within yourself. You may often wonder if you should fully disclose your medical business in exchange for the compassion you deserve. Or if you should continue to exist as if you are as fine as you look on the outside.

While there is no concrete data on how many people live with invisible disabilities, at least 10 percent of the U.S. population is reported to have such illnesses.

For Black folks, the data is more clear.

BlackDoctor.org identified the seven deadliest diseases for Black Americans, each one invisible.

In a world where Black people deal with various forms of discrimination, Black women who also have invisible illnesses find themselves facing heightened marginalization.

According to Dr. C. Nicole Swiner, a Durham, N.C. family physician, six-time best-selling author and blogger, some of the hardest-to-diagnose illnesses are invisible.

In light of Invisible Disabilities Week, here are the stories of four Black women continuously striving for excellence while facing invisible illnesses no one can detect.

“I have to first be Black, then I have to be the woman, the Black woman.” 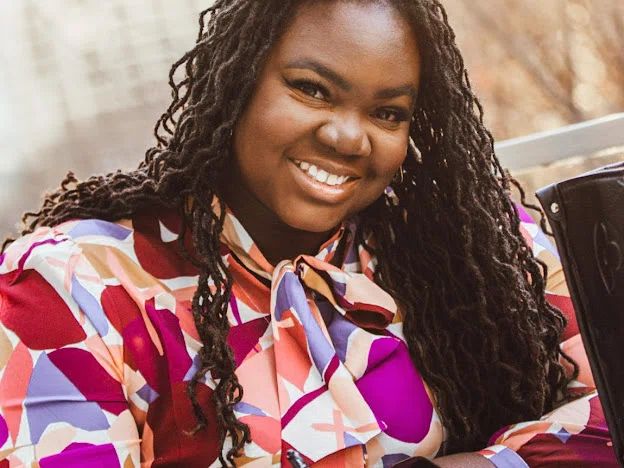 Torrian Timms, 33, was diagnosed with attention-deficit/hyperactivity disorder (ADHD) at age 31. Some symptoms of ADHD as presenting in female adults are clutter, overspending and oftentimes uncomfortable-looking facial expressions when focusing.

Timms’ physical characteristics alone make living with neurodivergence, a common invisible illness, even harder. “I’m always trying to process people’s emotions,” she said. “I have a hard time reading faces and I just get anxious, so sometimes what I’m struggling with is being labeled as something else because I’m a Black woman. ‘Oh, she’s so standoffish.’ ‘Oh, she’s rude.’ Or ‘She has a resting bitch face’ and all these different things. And I’m like, I’m actually a very compassionate person. I’m actually very forgiving. I’m nonjudgmental, You can bring whatever to me.”

“But I feel like people don’t get to see that part of me until we’re in a very intimate space and I opened up to them. I feel like I get painted as the villain before anyone ever talks to me. So that marginalization is definitely there because before you get to know me and my disability, I have to first be Black, then I have to be the woman, the Black woman. And I have to be a Black woman who is very assertive and tries to get things done.”

This is why Timms feels like she has to disclose that she has ADHD to people, but there’s a catch.

“I only speak about my disability if I can come up with a solution or if I can come up with something that I think might help me,” she said. “What I try not to do is just say, ‘Hey, I have ADHD, I’m not gonna be able to do that.’ It’s more like, ‘Hey, I have ADHD, so when you need me to do something, can you gimme a deadline?’ ‘Can you be clear on what your expectations are for it?’ I do try to meet my own accommodations if there’s something I feel like I’m gonna have difficulty with.”

Timms said she always knew something was different with the way she navigates the world. Her story of late ADHD diagnosis is not uncommon for American women. Black girls often go undiagnosed throughout their childhood. For Timms, a lot of her symptoms led to disciplinary action at home because her parents didn’t understand them to be related to neurodivergence.

“I was raised in a Black home, which for me as a southern Black woman, we are very big on discipline. And it’s a lot of physical discipline,” she said. “I would often be met with a whooping or yelled at, chastised for the very things that my ADHD was causing, whether that be a messy room, losing homework or having big emotions.”

According to Dr. Swiner, ADHD is often mistaken for behavioral issues.

“In some unfortunate situations, the symptoms of ADHD – the inattention, the hyperactivity, the decreased concentration in focus is seen as bad behavior,” Swiner said. “And so that’s one thing. And so you feel like, OK, well there’s clearly a behavioral problem with this child, so we need to punish them and that’s how they’re going to become more focused, which within itself doesn’t make sense to try to beat fear into a child.”

Swiner said that she’s had parents who bring their children in for developmental delay evaluations that have actually been displaying ADHD symptoms. ADHD itself is not an easy diagnosis, but she finds that Black children are less likely to be considered for it.

“Not only is it a hard diagnosis to make, I think where it’s easier, particularly for Black children, specifically for Black girls to be called something different or to think that it’s related to something external and not something that’s going on inside their body.”

As an educator, noticing ADHD symptoms in children and understanding how to talk about it with parents is something Timms prides herself on. And for other women like her, she’s built a support group and accompanying podcast called Sistas with ADHD.

“Sistas with ADHD is a safe space and answer for Black women and women of color who are diagnosed with ADHD, or suspect they have ADHD and are looking for community and support on thriving with this brain-based condition,” Timms said.

“The treatment was birth control – this was not something my mom favored.” 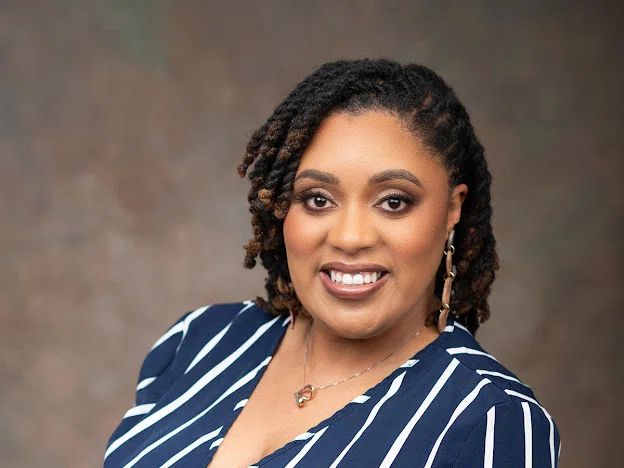 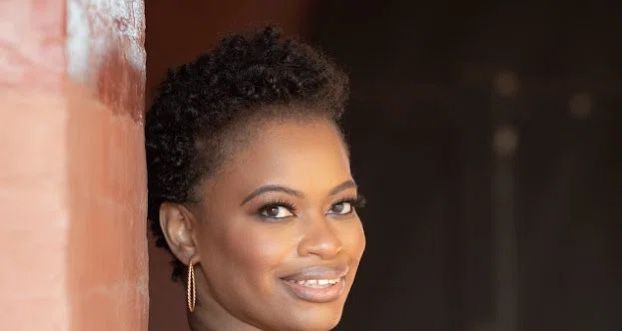 D’Andra Odom was diagnosed with endometriosis at 10 years old.

While it’s often tough to obtain such a diagnosis, Odom was lucky to have learned of her condition at a young age. Unfortunately, birth control, which has been used as a treatment for the reproductive health issue, was completely off the table as an option for her. Odom has since permanently resolved her health issue, but the memories of living through it remain prevalent.

“Living with endometriosis was embarrassing and emotionally taxing,” Odom said. “Aside from the pain, there was the constant fear of leaking and staining my clothing. Or the constant need to keep checking and changing my sanitary napkins. It was also difficult because the treatment was birth control – this was not something my mom favored. As a result, I often missed school or took trips to the ER to treat the symptoms.”

But the pain wasn’t her only battle. Odom experienced heightened mischaracterizations of her symptoms.

“Women who did not experience these symptoms often downplayed just how debilitating endometriosis is,” she said.

Swiner said it can also be difficult to get medical professionals to understand the level of pain endometriosis causes.

“It becomes something where you have to push past being prescribed something and just slapping a band aid on it and saying, ‘no, I really think I would really prefer that we do an ultrasound’ or ‘I really prefer that I see a specialist so that I can have the right testing to look into this because this is different.’”

Odom agrees that self-advocacy is key to living with the illness.

“Always self-advocate,” Odom said. “If you have a doctor or provider that is not addressing your illness, change doctors. We are not obligated to offer loyalty to providers that are providing inadequate care. I encourage Black women to research providers and ask questions. They may be the medical professionals, but you’re the expert for your body!”

Tamasha Baptise was pregnant with her son when she received her lupus diagnosis in 2005.

“I actually was diagnosed at the same time I found out I was pregnant,” Baptiste said.

While Baptiste said she is primarily asymptomatic, she’s still at significant risk. Her platelet count is susceptible to dropping well below normal and can lead to sudden death without her ever knowing there was an issue. Frequent doctor visits are essential for the full-time chemical engineer.

“Going to the doctor regularly to get my blood work just to make sure that nothing’s going on is my main concern because of the fact that if not, by me being asymptomatic with a lot of things, I don’t know what’s going on.”

Being a minority in her field of work has made her diagnosis sometimes difficult to navigate.

“I’m already in the minority, not just being a woman, a Black woman in the engineering field,” Baptiste said. “At my last job, I was the only Black person in engineering for about 10 years. So it’s a difference in trying to get people to realize that especially in STEM, you can make it, but then on top of that, you have illnesses to go against you also.”

She hasn’t felt an obligation to tell her co-workers about her illness.

This level of invisibility has allowed Baptiste to navigate the workforce utilizing resources available to all employees without relying on special requests.

But that doesn’t change the overall experience, because an invisible illness is still living inside of her.

Black women experience lupus at a rate of three times more than their white counterparts and typically at a more severe level that can progress over time.

“As soon as I wake up, the window of time in which I’m safely still awake and functioning is immediately diminishing.”

Patrice Hitchcock has failed the Georgia Bar exam five times. Not because she hasn’t prepared herself, but because she literally hasn’t the capacity to withstand two six-hour days of testing due to her idiopathic hypersomnia diagnosis.

Slightly similar to narcolepsy, idiopathic hypersomnia is a sleeping disorder that causes unnecessary exhaustion even in people who get what is considered adequate rest. Secondary symptoms include short-term memory loss and mobility concerns.

“As soon as I wake up, the window of time in which I’m safely still awake and functioning is immediately diminishing,” Hitchcock said. “It is always a fight, because I’m not lazy, although it might seem like it because I’m moving a little bit slower than someone else may be moving.”

These symptoms make it difficult for Hitchcock to be prompt and keep track of time. She said she feels like she has to tell people about her illness in order to elicit compassion given the common stereotypes about Black people.

“Laziness and tardiness are two heavily stereotypical things that I try to fight against,” she said. “I’m not moving slowly because that’s just how we are. I can’t help that it’s a part of my physiology.”

But talking to people about an illness they’ve likely never heard of it is quite the task.

“It can be awkward,” Hitchcock said. “Usually, the response is, ‘I’ve never heard of that,’ or ‘you don’t seem like you’re tired.’ It’s frustrating but I also think it’s necessary so that people are aware and that they are mindful that just because you can’t see what’s wrong with me and just because you don’t understand it doesn’t make it any less valid. And that’s the biggest thing for me – validation of it.”

Idiopathic hypersomnia is a rare incurable condition that worsens over time.

If you’re interested in learning more about invisible disabilities, visit the Invisible Disabilities Association. There are also support groups and social media communities available for people who live with invisible illnesses.