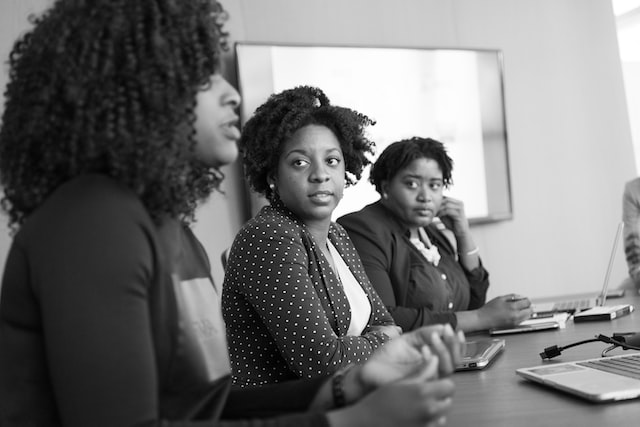 Mentorship scheme for black women aims to help them progress through the ranks in the advertising and marketing industries.

Last summer I received a message from a former senior white male colleague, out of the blue.

“I was reflecting on how you were profiled in the agency, and how I found you as a person. And they weren’t the same thing. You were labelled to me as aggressive. I couldn’t see that at all.”

As a woman, you’re constantly thinking about how you’re perceived, especially in a leadership role. Getting the job done necessitates being assertive; then worrying that you’re still seen as “likeable” and “fair”.

This is magnified if you’re a black woman. There’s an added fear of being labelled “angry” or “aggressive”.

We’re not afforded the right to be passionate or too direct, so we often second guess responses, overthink interactions and coddle people who, quite frankly, do not deserve to be coddled.

I was once in this camp, trying constantly to make sure I was perceived as close to a true version of myself as possible – hard-working, fair and fun-loving.

But in the back of my mind I knew that probably wasn’t the case. It was strangely refreshing to have it confirmed.

I’ve worked in advertising and the agency world for the past 20 years, and my career has had some great highs but also many lows – in the past I’ve been blackballed, bullied and I’ve suffered with anxiety.

For a long time, my solution to career stagnation or unfair labelling was to walk away. It was easier given the buoyant market back then.

I’d avoid confrontation or frustration, and just resign and go somewhere else, with the cycle sometimes repeating after a year or two.

I often considered leaving the industry completely. Many of my friends did.

What changed everything was my first real mentor. Midway through my career a senior white male colleague started inviting me to meetings.

He made it clear, without obligating me, that he was advocating behind closed doors on my behalf.

If he hadn’t reached out, I would never have had the confidence back then to ask for help, never mind find a mentor. I didn’t know that was even an option. I made contact again to thank him, and ask about his motivation.

“We all know that the ad world isn’t exactly diverse,” he told me. “People of colour and as a subset, women of colour, well that’s not something that during my time was common. I’ve always been a fan and supporter of the underdog. I love to see the success of someone who comes out of nowhere when no one gave them a chance. Who doesn’t want to be a part of that?”

That first support massively helped my confidence and my career. I’ll forever be grateful to him and the many other amazing mentors who followed.

They opened my eyes to the reality that there are barriers we ourselves can’t fight against without an advocate. And that the benefit of someone else sharing their experience can change the direction of your career and your life. 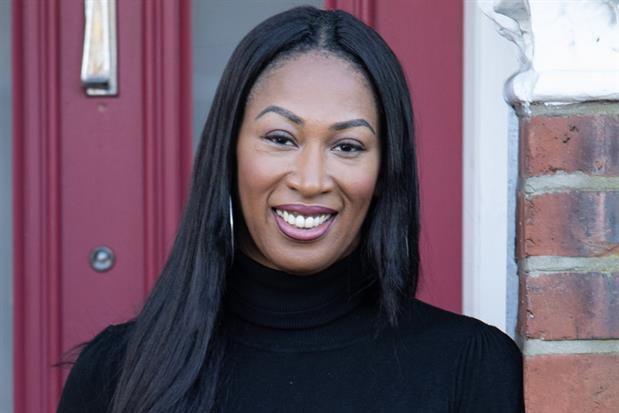 At the moment there’s a welcome focus on opening up the field to diverse talent at entry level. Initiatives from Brixton Finishing School, Ting and DigiLearning are doing a much needed and fantastic job. But there seems to be little addressing those at the mid and senior levels.

The uncomfortable truth is that unconscious and conscious bias still exists – black people hold only 1.5% of leadership roles in the UK, an increase of just 0.1% since 2014.

I founded Lollipop Mentoring to counter this narrative as well as address the disproportionate impact on black women’s careers as a result of the pandemic.

It offers junior and mid-level black women free access to mentors and sponsors who can provide guidance in their careers, whether it be general support in gaining confidence or mentoring them into mid- and leadership-level roles.

I wanted to create a platform where black women have the access that wasn’t open to me.

Our mentors are from any and every race and gender; what they have in common is a commitment to helping our mentees succeed and progress to the next stage in their careers, and by extension, building a truly representative industry.

Initiatives like Lollipop and www.diverseboards.uk are so important. It’s crucial that people see people who look like them championing them: you can’t be what you can’t see.

We are currently recruiting mentors and mentees for our pilot starting in August. We are asking for seven hours of commitment over 12 weeks (an hour every two weeks with an onboarding and training session for mentees and mentors upfront).

Our ideal mentor will be someone in the ad industry with a minimum of five years’ experience in a leadership role or who is a business owner.

After a very soft launch we have had a fantastic response that shows the appetite and need for this initiative.

I love the word “lollipop” and I wanted our brand to convey playfulness, warmth and vibrancy.

Traits I feel embody what black women are. I want Lollipop to serve as a subtle reminder that like all women we are nuanced and come in a variety of flavours. And that if we work together towards giving opportunities to everyone – to succeed and learn and thrive – working in this industry can be full of creativity, laughter and joy.

Who doesn’t want to be part of that?

Maria McDowell is the founder of Lollipop Mentoring