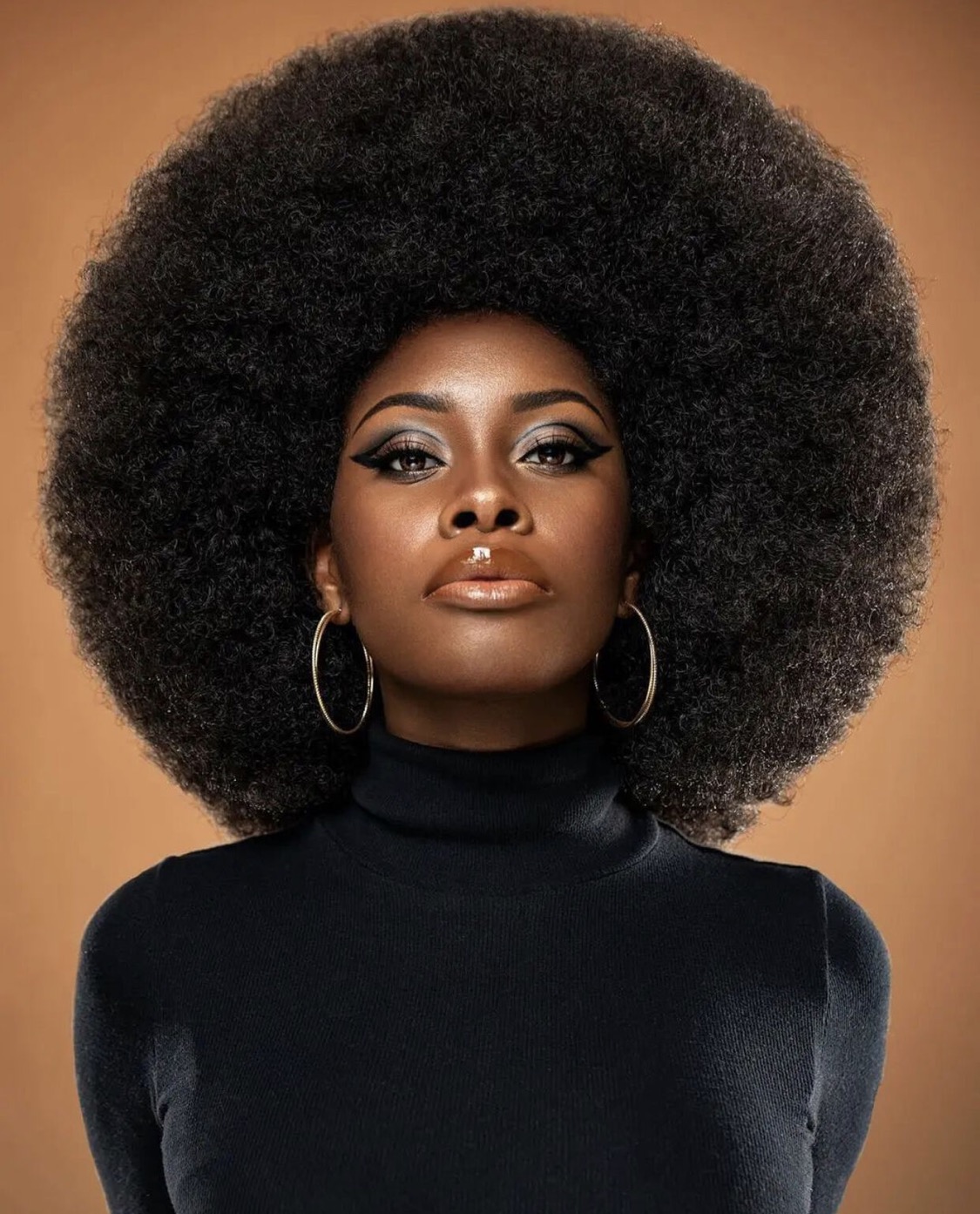 THE NATURAL HAIR MOVEMENT IN THE ‘60S AND ‘70S; HOW IT BEGAN AND WHY IT ENDED

THE NATURAL HAIR MOVEMENT IN THE ‘60S AND ‘70S; HOW IT BEGAN AND WHY IT ENDED

Not too long ago, I found an old photograph of my parents wearing gigantic afros and wondered, “What happened to the natural hair movement of that time? Why did it die out?”

Many naturalistas are aware that the current natural hair “trend” is not a precedent and that an earlier movement existed back in the 60s and 70s. Nonetheless, the history of this “first” movement is often overlooked and even oversimplified.  The “afro” of the 60s and 70s was not just a “style” of that period nor merely a political statement.  Let’s go back in time for a moment …

Between 1964 and 1966, the Civil Rights movement was morphing into the Black Power movement, according to Byrd and Tharp of “Hair Story: Untangling the Roots of Black Hair in America.” “Negroes and colored folk were becoming black people,” and for many, that meant accepting “a new, Black-identified visual aesthetic, an aesthetic that not only incorporated an alternative to straight hair but actually celebrated it.”  In a book titled “Hair Matters: Beauty, Power, and Black Women’s Consciousness,” Ingrid Banks, Associate Professor of Black Studies at University of California Santa Barbara states:

“the pressing comb and chemical relaxers became oppressive because they were tools that symbolized the shame associated with black hair in its natural state.”

The immigration of Africans to the United States, according to Byrd and Tharp, also fueled the natural hair movement of that time period.  For some black people, wearing their hair in its natural state became a “way of showing their visible connection to their African ancestors and Blacks throughout the diaspora.”  For many, returning to natural meant shedding one’s appearance and ideas (of beauty) accumulated through assimilation into White America.  In 1968, Kathleen Cleaver of the Black Panther Party said this about the natural hair movement occurring in that time:

“The reason for it, you might say, is a new awareness among black people that their own natural appearance, their physical appearance, is beautiful. It is pleasing to them … For so many, many years we were told only white people were beautiful. Only straight hair, light eyes, light skin was beautiful, and so black women would try everything they could to straighten their hair and lighten their skin to look as much like white women … But this has changed because black people are aware, … and white people are aware of it too because [they] now want natural wigs … They want wigs like this [points to her natural hair].”

The 70s: The movement reaches its height and the afro becomes a target of repression

By the late 1960s and 1970s, the natural hair movement was permeating the black population. The afro was not just seen on members of the Black Panther Party, but on college students, other activists, and in film.  Blaxploitation films, like Cleopatra Jones and Foxy Brown, were also featuring female characters with their hair in its natural state.

Nina Simone (in 1969).  She had been wearing her hair natural years before this moment.

During the 70s, prominent black members of activist groups were also forced “underground,” or into hiding from law enforcement. Disguises for some of these women included wigs to cover their natural hair. The afro was becoming a target for arrests and interrogation.

In “Afro Images: Politics, Fashion, and Nostalgia,” Angela Davis discusses how photographs of herself, including those on the FBI posters, affected the perceptions of others, and more importantly, the lives of other natural-haired black women:

“While the most obvious evidence of their power was the part they played in structuring people’s opinions about me as a “fugitive” and a political prisoner, their more subtle and wide-ranging effect was the way they served as generic images of black women who wore their hair “natural.” From the constant stream of stories I have heard over the last twenty-four years (and continue to hear), I infer that hundreds, perhaps even thousands, of Afro-wearing Black women were accosted, harassed, and arrested by police, FBI, and immigration agents during the two months I spent underground. One woman, who told me that she hoped she could serve as a “decoy” because of her light skin and big natural, was obviously conscious of the way the photographs constructed generic representations of young Black women. Consequently, the photographs identified vast numbers of my Black female contemporaries who wore naturals (whether light- or dark-skinned) as targets of repression. This is the hidden historical content that lurks behind the continued association of my name with the Afro.”

Angela Davis on the cover of LIFE as wanted by the FBI.

In the early to mid 80s, the natural hair movement was slowing down and ultimately came to an end. Why? While it is difficult to pinpoint one exact reason, here are some possible factors:

The afro became a target (as discussed above).

The Black Power movement decelerated in the early 80s. (The Black Panther Party ended in 1982.)

The invention of the Jheri Curl, Wave Nouveau, and other permed styles occurred in the mid to late 70s. These styles rose in popularity among blacks in the 80s and part of the 90s.

The “afro” look was becoming more mainstream — being worn by non-blacks — and losing much of its original meaning.

What other factors do you believe played a role in the decline of the “afro” and natural hair in general? What are some differences/similarities between the movement of the 70s and that of now?  Do you think this movement is here to stay?

Enter Into A World Of Black hair

These black women are embracing their natural curls and ditching the chemicals that make their hair straight.

The Business Of Black Hair

African-American men and women spend billions of dollars on their hair, but U.S. beauty care companies are missing out. Mintel values the black hair care industry at more than $2.5 billion, but that statistic doesn’t include products such as hair accessories, wigs or electric styling products. So, the industry is actually worth much more. Most hair care products purchased by African-Americans are imported from countries such as India and China, despite the U.S. having one of the most lucrative hair care markets in the world

How do we embrace our natural hair?

Throughout history, black men and women have often been told their natural afro hair is unkempt, excessive and unprofessional. But things are starting to change. In 2019, California became the first US state to pass the Crown Act, a piece of legislation making race-based hair discrimination illegal. But does society, and the black community itself, still have a hard time accepting natural hair? Read more here: https://trib.al/W5Jyl9G 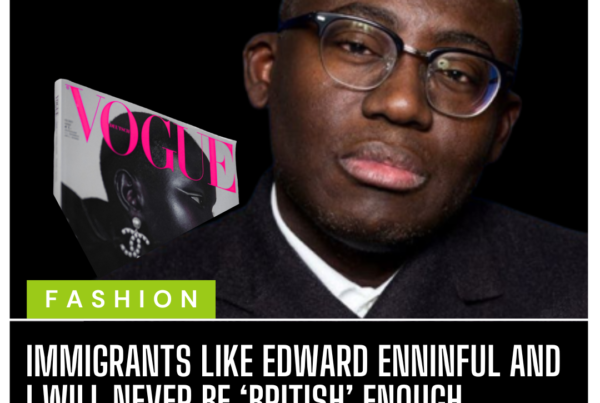