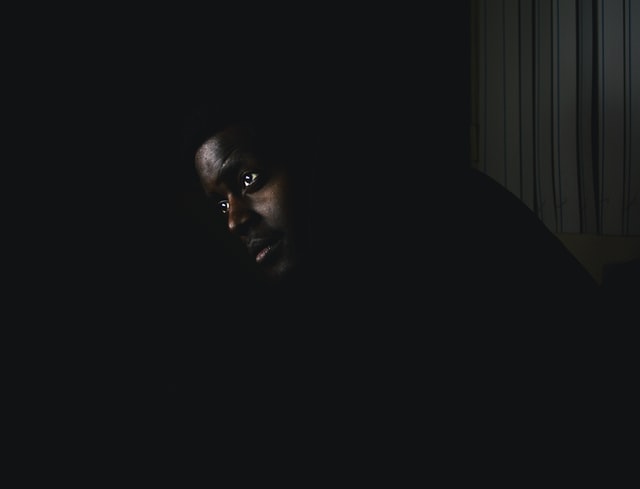 “Who is there for me when it’s just me in the room?” 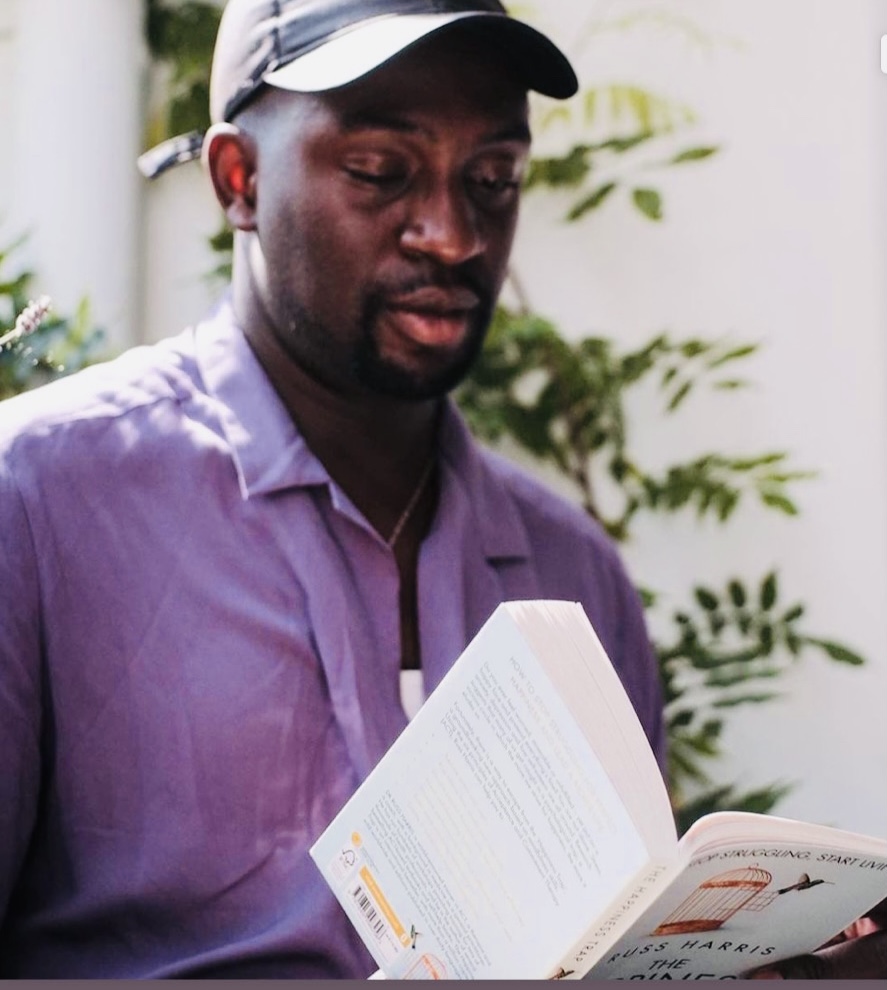 “Who is there for me when it’s just me in the room?”

Conversation with Alex Holmes, podcaster and author of “Time to Talk”

My name is Alex, and welcome to my channel. I’m a writer, podcaster and mental health coach exploring how we use emotions to make the decisions that we do. Here, you will find videos from my podcast Time To Talk, with added videos on books, mental, physical, emotional and spiritual health. Enjoy!

I first met Alex Holmes last summer when I had the opportunity to be a guest on his podcast, “Time to Talk,” a show that British GQ called “just the thing to nurse your 2020-induced worries and woes.” Alex and I spoke on the phone a few days before we recorded the podcast, and I was immediately struck by his authenticity and genuine curiosity in our conversation.

Alex is one of those people who seems to have figured out how to thrive in the digital age without adopting the franticness and frenzy of social media. He’s candid and willing to share his own struggles and vulnerabilities, so when he asks, “How are you?”, you know he’s not just being polite. He wants to know the answer.

Alex chronicles his journey from young journalist struggling with self-worth and belonging, to podcast host and creative entrepreneur making his way toward self-love, in his new book, Time to Talk: How Men Think About Love, Belonging and Connection, which was published in the UK in April. To celebrate the book’s U.S. release, Alex and I spoke last month about self-love and compassion, English football, racism in Britain, and more. The excerpts below have been condensed significantly and edited for clarity.

ADAM: Let’s start with the book. Tell me a bit about “Time to Talk.”

ALEX: The book [is] a conversation around all three of my core values: love, belonging, and connection. How men think about them—that’s where the subtitle comes from. And we named the book Time to Talk because there are certain things that a lot of men don’t talk about—that a lot of people don’t talk about—when it comes to men’s emotional health.

[The book] covers many different topics around mental health, with mental health being the umbrella, but within that umbrella is self-love, self-compassion. What happens through our bodies [and] when we think about our bodies, so body image. Success and failure. Winning and losing. Love and intimacy. Friendships. Relationships. What that looks like from a man’s perspective. And also vulnerability. Being ok with crying and being emotional and having an emotional balance to yourself, and really trying to understand that. Essentially, it’s a manifesto for what it means to be an integrated man.

When it comes to speaking about men, even when critically, I always include myself. I don’t think it’s very useful not to have that level of inclusion when you’re talking about something that you are very much a part of. There are still things that a lot of men are unlearning—attitudes about ourselves, about other people, about how we show up in the world. Reading it back to myself [when recording the audiobook] was absolutely a challenge because I was then talking to me.

A lot of the things that you talk about in the book and that you mentioned just now—self-love, compassion, vulnerability—we like to think that we just “have” them. But these are practices. They require work. That’s obviously a lifelong journey, but I’m wondering: At this point in your journey, how are you practicing them? What are you doing to keep these things top of mind?

One of the biggest things for me is self-love. Very, very hard. Very hard for me. In conversations with my therapist, I have had many a challenge in addressing what love is for myself. There was one time she asked me, “How is your love life?” I said, “I don’t know how to answer that question. Nobody is looking for me to be their husband, or partner, or whatever.” And she said, “It’s funny that you assume that I’m talking about how you interact with other people. How are you interacting with you?”

I had to really sit down and think to myself, What does it really mean to love myself enough so that I can then love other people in the best possible way that I can? How do I show up for myself in moments of deep crisis or deep emotional imbalance? How do I show up for myself when I am giving myself a hard time, or when things don’t necessarily go the way I want them to go? Who is there for me when it’s just me in the room?

Toward the end of the book, you write, “I have felt like a misfit at times for not wanting to continually pit myself against others in an attempt to outdo them.” This gets at another theme that I picked up on in the book—I think it’s probably because I often feel it myself—of feeling disingenuous in certain situations, or like a bit of a fraud.

I try to be as happy for people as I can possibly be. Because what is the point of me not being [happy]? One of the tenets I always run with is that when my friends and the people that I spend time with—when they win, I look at it as a win for me as well. Because I’m in community with [them]. What use is me not being happy for where the people in my community are? It doesn’t make any sense.

There are moments, obviously, when in my mind I have a Lord Voldemort pop up next to me and be like, How are you going to let them talk to you that way? I think a key part of these practices that I go through… is really just being mindful of that voice and knowing when and how to quiet it.

You describe on your podcast that you focus on “themes of masculinity, mental health, psychology, spirituality, and more,”but you’ve been bringing on a number of really fascinating guests who tackle racism and colonialism in their work [and] the legacy of empire. You had Kehinde Andrews. You had Eddie S. Glaude Jr. You had Amanda Thomas-Johnson to talk about reparations.

The nature of my show is to articulate what it means to be human today. [It’s about] masculinity because we live in a patriarchal society, and masculinity is one of the bedrocks of the true functions of what’s going on today. We see it on a mass scale, and yet we are always surprised when it acts out.

Having people like [Glaude, Andrews, and Thomas-Johnson] on shows us that there are wider consequences and contexts that we need to be aware of when it comes to our humanity. I think, with regards to Kehinde Andrews—I love Kehinde; everything he says I just soak up—he really highlighted to me in his book, The New Age of Empire, the legacy of mental health, racial sexism, [and] how that infected the third pillar of everything that we’re sitting on, which is capitalism, and how that all set up the way that we live today and how integrated race is.

I think it’s a travesty that Britain doesn’t talk about it enough. And they don’t talk about it enough because it’s shame. You’re ashamed of that part of you. And when you’re ashamed of that part of you, you resent that part of you. But you then also resent what it produces, which is why we have a government that actively denies any form of systemic racism in the country because they use the word “deliberately.” That’s the point—that it’s not necessarily “deliberate.” It is systemic. It is ingrained. It is unconscious.

A lot of [English] footballers have been taking the knee before football matches. The English football team did it every single time, and the teams they played honored that because they wanted to stand up to racism within football. [But] the government didn’t condemn the English fans for booing the English team for [kneeling].

And then we had the Euros tournament… and three Black men missed penalties. We knew, as Black people in this country, what that was going to do. What was going to happen next. We knew that as soon as they missed. I knew there are racist trolls that are going to come online and use obscene language and derogatory words in order to belittle and diminish the players. I knew the government would flip-flop and try to ignore that they actually ignited all this stuff, because if they had taken a stand when they were asked to, it would be very different.

Nobody knows what it means to be “indigenously English.” And that’s why they’re so scared to talk about it here. Because as soon as you start to unpick somebody’s identity, everything that they tell their uncles, their aunties, their cousins, their children, their grandchildren—every story they’ve woven about their family history and how they feel about particular things—people are frightened of losing that.

In the book you write, “What we feed our minds becomes us.” What have you been feeding your mind lately?

“You know, I’m going to buy the box set, and I’m just going to watch everything.”

It grounds me. It puts me back in that place of being a child and loving how slow time was. We really read all those books. We had no distractions. I just remember lounging in my room, upside-down, reading. I was just reading this book.

What I put into my mind are things that I can learn from. I’m reading so many different books at the moment because I’m so curious as to what other people are thinking. I’m reading Resmaa Menakem’s My Grandmother’s Hands. He’s a healer and speaker, and he basically talks about the impacts of racialized trauma. He’s a somatic abolitionist, which means understanding how trauma sits in the body and how we can abolish that. He speaks in terms of Black and brown bodies, and white bodies, and police bodies. And how they all fit together, and what that means, and what we’re carrying.

What I’m feeding my mind is just that food to try to keep me going. There’s always something new to learn about myself. Somebody has written something about something that you haven’t learned. Why not read something? Why not watch a show [when] you just want to sit back and chill out? I think it’s time we just took it easy on ourselves.

Check out Alex’s podcast, “Time to Talk,” wherever you get your podcasts. His debut book, Time to Talk: How Men Think About Love, Belonging and Connection, is available everywhere books are sold online. Get in touch with Alex at www.alexholmes.co.

https://alexholmes.co/podcast. Check out our conversation on Apple Podcasts, Spotify, Listen Notes, or wherever you get your podcasts.
Next Post THE GWENTON SHOW – WITH ANTHONY PELTIER

Tragically so many lives are lost each year due to traumatic bleeding, some of which… 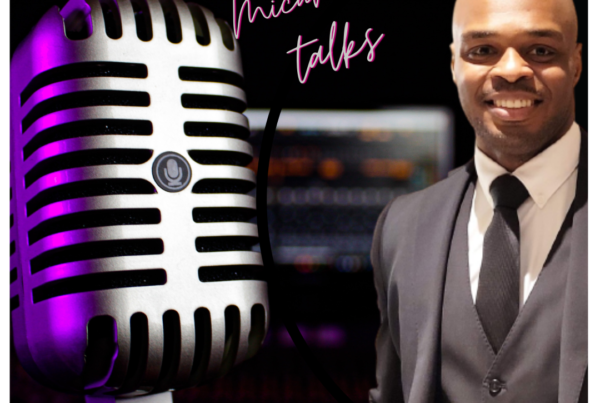 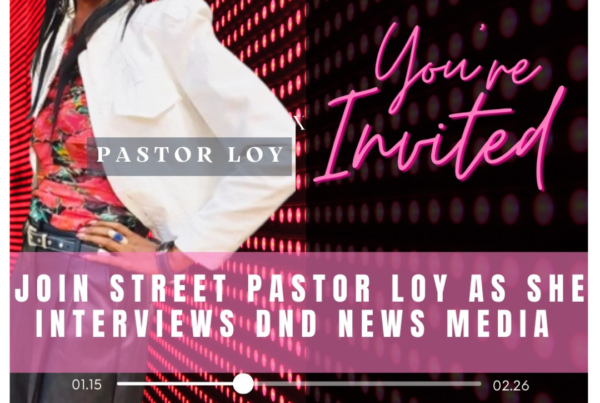