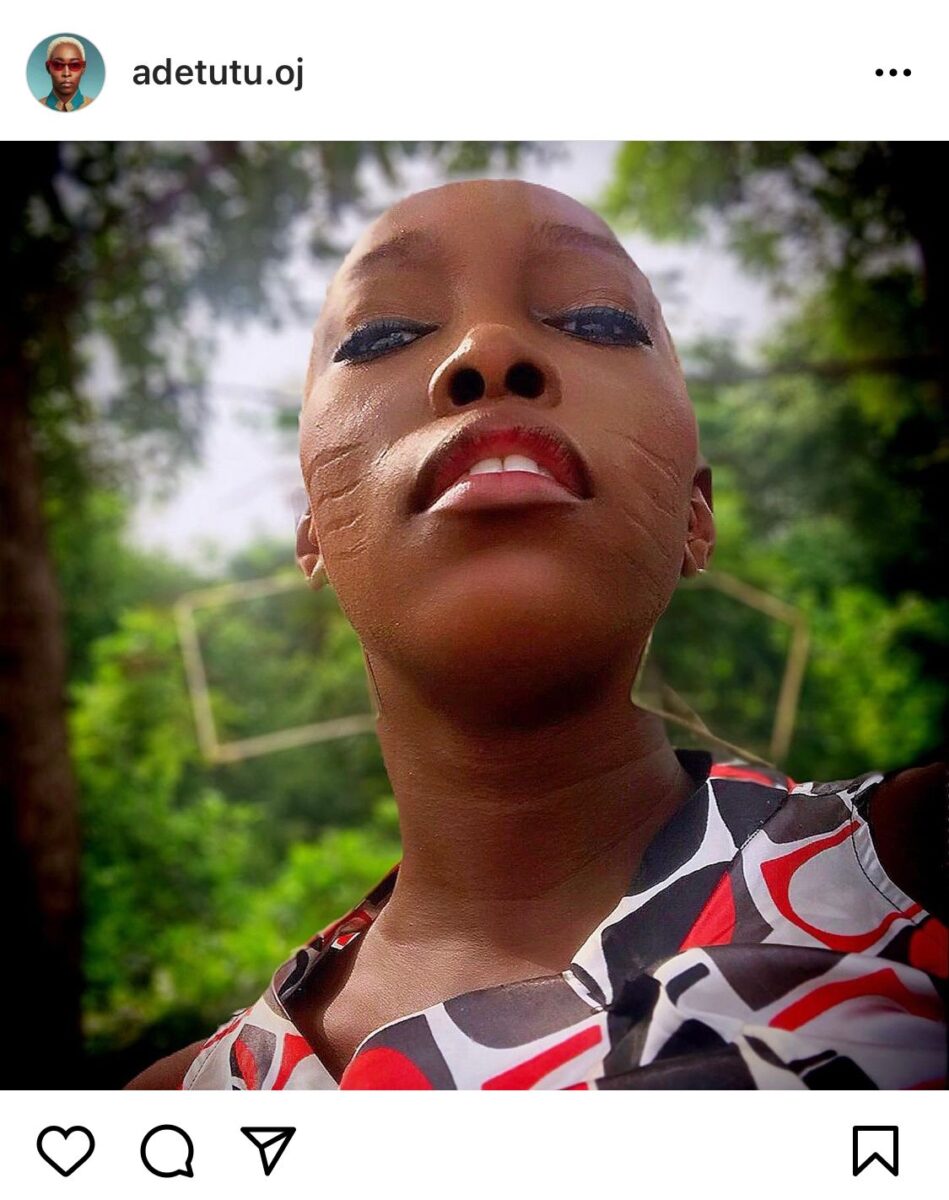 This Nigerian Model Turned Her Tribal Scars Into A Beauty Movement

This Nigerian Model Turned Her Tribal Scars Into A Beauty Movement

Her father, who is from Ondo State of Nigeria, made all of his children go through tribal mark ceremonies. This tradition is something that was passed down through his family before the children’s naming ceremonies.

“It was an in-thing for my father’s family so they give it to all their children,” Adetutu OJ told Travel Noire. “I was given them as an infant. I also witnessed a few because I have siblings. I asked my dad why we are given the tribal marks, he said it’s a means of beautification and identification in Yoruba tribe.” 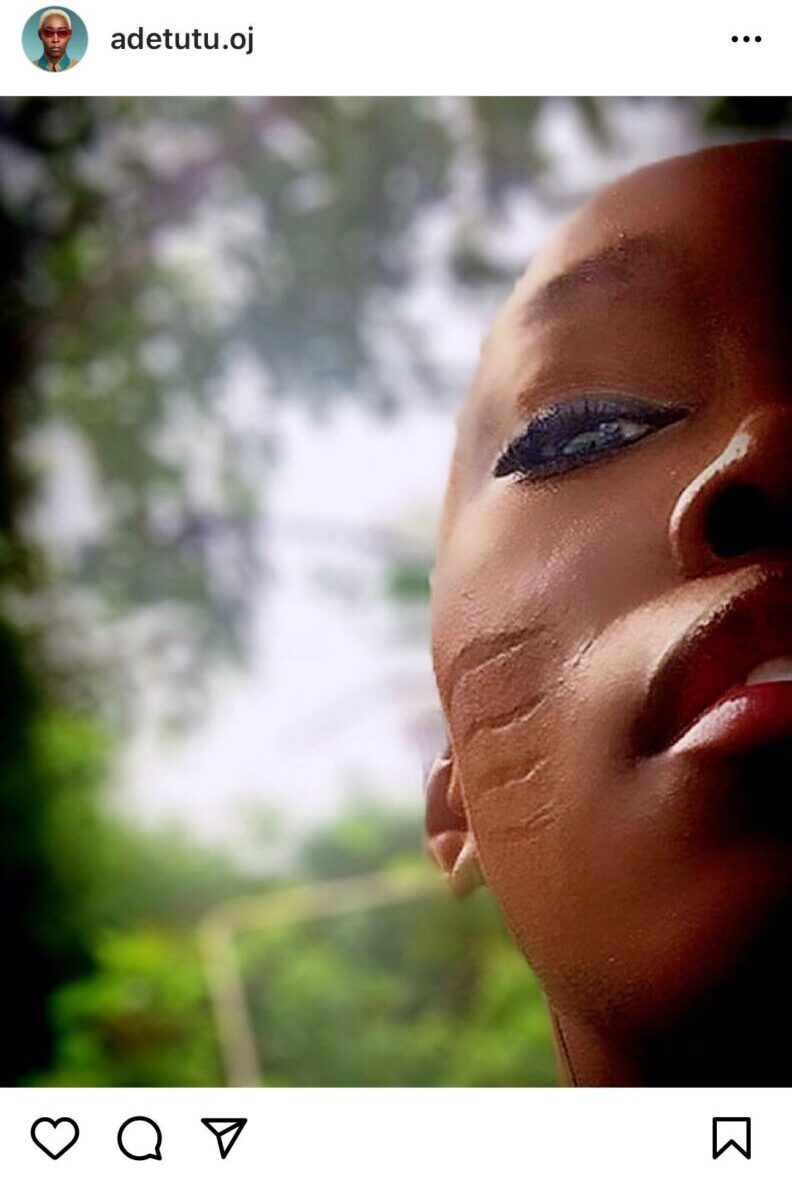 After joining social media in 2010, Adetutu OJ began to form a sort of e-army of friends that came to her defense as far as her appearance. There were still many who didn’t understand the significance of her scars and therefore made rude comments, but her army always rallied behind her.

Her dream was to one day become a model.

“My e-army told me to keep posting my face often and I started writing about my dreams to be a model,” she said. “I didn’t think it would work because of my tribal marks. They [my e-army] told me it was possible, and in 2017 I got my first modeling gig to be a muse for a photographer.

Since that shoot, Adetutu OJ has landed many other modeling gigs as well. The thing that made her look go viral was her posting about her dream to one day model for Rihanna’s Fenty Beauty. This caught Rih’s attention and she ended up following Adetutu OJ. 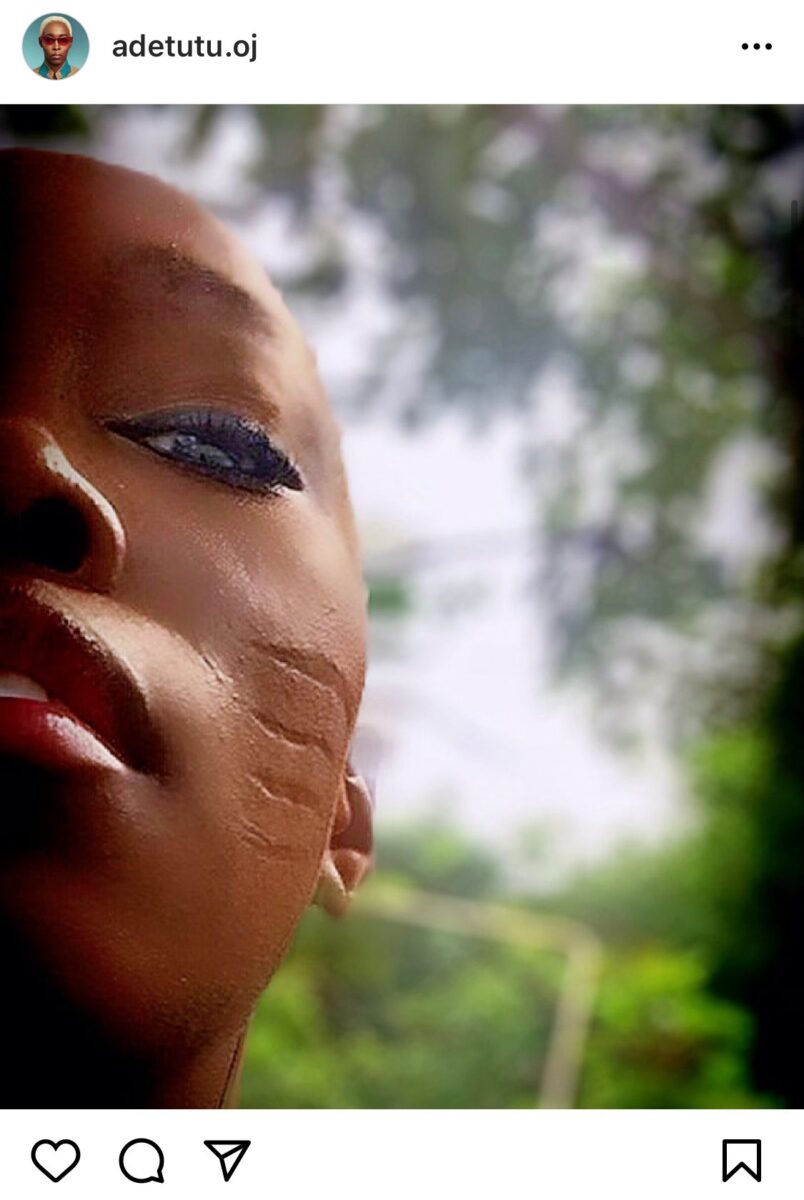 “I was able to make people with body modifications or skin issues believe they can flaunt these things. My tribal marks are now my brand and my platform is for motivating people with scars and skin disorders.”

As she continues to spread awareness in the beauty of her scars, Adetutu OJ hopes to land more modeling gigs with major brands.

Because of her confidence, people around the world are learning that these marks were not done by the person, but were forced on them because of cultural traditions.

“I’m showing off my tribal marks, which is an African heritage and I hope to motivate people with tribal marks and skin disorders to be bold and not give in to trolls or bullies. It won’t stop but you have to ignore them and splash your pictures in their faces. Take a selfie every day, self-motivation is key,” she said.

To catch more of Adetutu OJ, you can find her on Instagram at @adetutuo.j. She is also on Twitter(@Adetutu_OJ) and Facebook (Adetutu OJ Alabi).