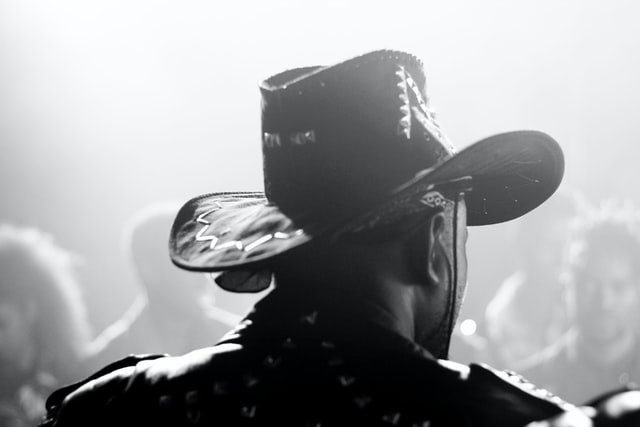 In Peter Jackson’s documentary The Beatles: Get Back, Houston-born pianist Billy Preston makes a strong case for himself as the fifth Beatle.

In 1969, the Beatles were on the brink of collapse.

They stopped touring in 1966, exhausted by years on the road and increasingly manic fans whose screams were so loud that the Fab Four very often couldn’t hear their own music.

Then, disaster struck the following year: manager Brian Epstein, the man most responsible for the band’s superstardom (and, crucially, for keeping the four disciplined), died suddenly of an overdose. The Beatles managed themselves while they argued over Epstein’s replacement, and by 1969, mounting interpersonal and business tensions threatened to destroy the friendship at the core of the group.

Following Ringo Starr’s brief departure from the band in 1968, it was clear to everyone around The Beatles that their future as friends, let alone as a band, was in jeopardy.

Desperate to remedy their relationships, the band members (in particular Paul McCartney) latched onto the idea of getting back to basics by recording an album. A documentary crew helmed by Michael Lindsay-Hogg would follow their process as they holed up together and capped off the completed record with a concert. Lindsay-Hogg’s resulting film, Let It Be, was supposed to be a promotional feature film celebrating the release of the band’s album of the same name. But after an interview with McCartney was seen as confirmation of the band’s official breakup in April 1970, the film, which premiered a month later, became instead a miserable and tedious visual obituary.

In November 2021, director Peter Jackson revisited the project in The Beatles: Get Back. The three-part documentary, available for streaming on Disney+, draws from sixty hours of archival film and 120 hours of audio recorded during the 21-day session that culminated in the band’s iconic rooftop concert.

From the start, it’s obvious that the Beatles have their work cut out for them. Tasked with creating an album from scratch in three weeks, the longtime friends struggle to make progress, bickering over their work ethic and creative vision until a withdrawn and increasingly frustrated George Harrison quits the band just seven days into recording. After a series of off-camera meetings, Harrison returns, but the band is now behind schedule and feeling even more pressure to deliver. And then Billy Preston shows up.

The pianist drops by their studio at Apple Corps headquarters—the band’s London digs where they were recording—on the invitation of Harrison, who had been singing his praises to his bandmates after seeing Preston perform in concert with Ray Charles. “He’s better than Ray Charles, really,” Harrison tells John Lennon and Paul McCartney. Charles would’ve agreed: at the concert Harrison attended, Charles reportedly told the audience, “Since I heard Billy play, I don’t play the organ anymore—I leave it to him.”

And Lennon and McCartney probably didn’t need much convincing. A self-taught child prodigy born in Houston, Preston moved to Los Angeles with his mother to pursue music. He played backup in the city’s gospel scene before making his TV debut at eleven years old alongside Nat King Cole, kicking off his professional career. His natural talent and ability to combine gospel, soul, and rock influences made him a highly sought-after collaborator for decades to come.

Preston was no stranger to the Beatles. He first met them in the early sixties when they opened for Little Richard, for whom the sixteen-year-old Preston was playing the organ. While the Liverpool act was just starting to practice stage presence in front of small audiences, Preston was already a seasoned performer.

So when he strolls into Apple Corps wearing a cool, black leather jacket, he’s hardly starstruck. He doesn’t know the band has been looking for a keyboardist; he’s just there to hang. Earlier in the recording sessions, the band was hoping to gain some momentum by hiring a keyboard player so they could record live, rather than having to pause so one of them could lay down a track. Preston’s arrival was so perfect that Lennon casually offered him the gig: “If you’d like to do that, you’re welcome to, and then you’d be on the album.”

Throughout much of Get Back, it’s clear that all four band members are experiencing varying degrees of disillusionment with the fame and success of the Beatles. Still, judging by their frequent in-jokes and references to their start in Liverpool and Hamburg, it’s clear that they’re also yearning for a return to those early days—when the excitement of their newfound success was still fresh, when their friendships had yet to show signs of strain, and when their whole careers lay ahead of them. Preston is the personification of that time.

His very presence becomes a social balm. “It’s interesting to see how nicely people behave when you bring a guest in, because they don’t really want everybody to know that they’re so bitchy,” Harrison would later tell an interviewer. “Straight away there was one hundred percent improvement in the vibe in the room.”

The tension dissolves and Preston provides the group with a much-needed creative jump start. He doesn’t even need to hear about the Beatles’ vision for the project. Instead, rather fittingly, he eases right into “I’ve Got a Feeling” with a neat, jazzy riff. McCartney’s reaction—eyes wide, mouth open in delight—is that of one genius recognizing another. Songs that had been a slog for the group to get through suddenly seem lighter. And for the first time in days, Preston has finally given the group something they can rally around. After a run-through of “Don’t Let Me Down,” Lennon tells Preston, “You’re giving us a lift, Bill.” “We’ve been doing this for days, you know,” Harrison adds. “Weeks,” says McCartney. Around them, even the producers note that the project has taken a turn for the better.

When the band gets sidetracked from workshopping their new songs, even McCartney—a demanding taskmaster throughout these sessions—doesn’t mind. Preston gamely follows along, switching up his accompaniment to jam with them to the fifties blues and rock classics that inspired the Beatles’ early records and would heavily influence the sound of Let It Be. When the band plays “Shake, Rattle, And Roll” and “Kansas City,” everyone’s energy is palpable. It’s a stark difference from the emotionally fraught days that preceded Preston’s arrival.

Later in the session, as Preston steps behind a Hammond organ on “Let It Be,” McCartney stops in his tracks. Usually this would signal that he thought something was wrong, and he’d go on to issue a series of exacting notes on the take. But this time, he stops to acknowledge the style Preston is bringing to the track—something McCartney admits he couldn’t have done. “Coming from the north of England, it doesn’t come through easy, you know—all the soul,” he says, chuckling at himself.

This was Preston’s gift as a musician—and, in part, the reason he never got the attention he deserved. He fit the moment, playing piano licks that never felt practiced. He perfectly complemented whatever music was playing around him, whether it was Little Richard’s, Ray Charles’s, or the Beatles’, without stealing the spotlight. It’s impossible to imagine “Don’t Let Me Down,” one of Lennon’s best, rawest songs, without Preston’s electric piano solo rounding it out and ending it on a delicious groove. Five decades later, it becomes all the more impressive when you watch Get Back and realize how improvised it was.

A day after he joins the group, Preston is away doing press when Lennon says, “I’d just like him in our band, actually. I’d like a fifth Beatle.” Since the Beatles became household names, fans and music historians alike have debated over who was deserving enough to be called “the fifth Beatle.” There’s manager Brian Epstein, or George Martin, the producer of nearly every one of the Beatles’ albums, or two of the group’s original members: bassist Stuart Sutcliffe and drummer Pete Best. There are legitimate cases to be made for each of them, but only Preston earned the distinction of receiving top billing alongside John, Paul, George, and Ringo on a Beatles record (not counting a collaboration with the British singer Tony Sheridan very early in their career).

So much of Get Back lingers on the cracks in the facade that foreshadowed the demise of the Beatles. But, with Preston behind the keys, the marquee lights up again, and the greatest rock band in history sounds like it one last time. When we finally get to the legendary concert on the roof of Apple Corps, Preston is, at least for that spellbinding moment, a Beatle. After weeks of false starts, filler lyrics, and feuds, the songs are complete, and it’s hard to remember a time when they didn’t sound exactly like this. And while Preston’s not a focus of the cameras, his piano playing makes great songs into unforgettable ones. Up on that rooftop, it seems Preston was always meant to be there. He’s the missing ingredient, the temporary glue in the fragile months before the Beatles would eventually part ways.

Still, it’s taken years for Preston to get the recognition he so clearly earned. Despite his credits performing with the Rolling Stones, Eric Clapton, and Johnny Cash, as well as the success of his post-Beatles solo career, it wasn’t until October 2021, fifteen years after his death, that Preston was posthumously inducted into the Rock & Roll Hall of Fame. In a speech welcoming him, Starr said what Peter Jackson’s masterful film makes plain: “He was a Beatle. . . . He was like a part of the band . . . he gave us a different feeling.”

“If I was a Super Hero, my super power would have to be music” | YOLANDA BROWN

“If I was a Super Hero, my super power would have to be music” | YOLANDA BROWN