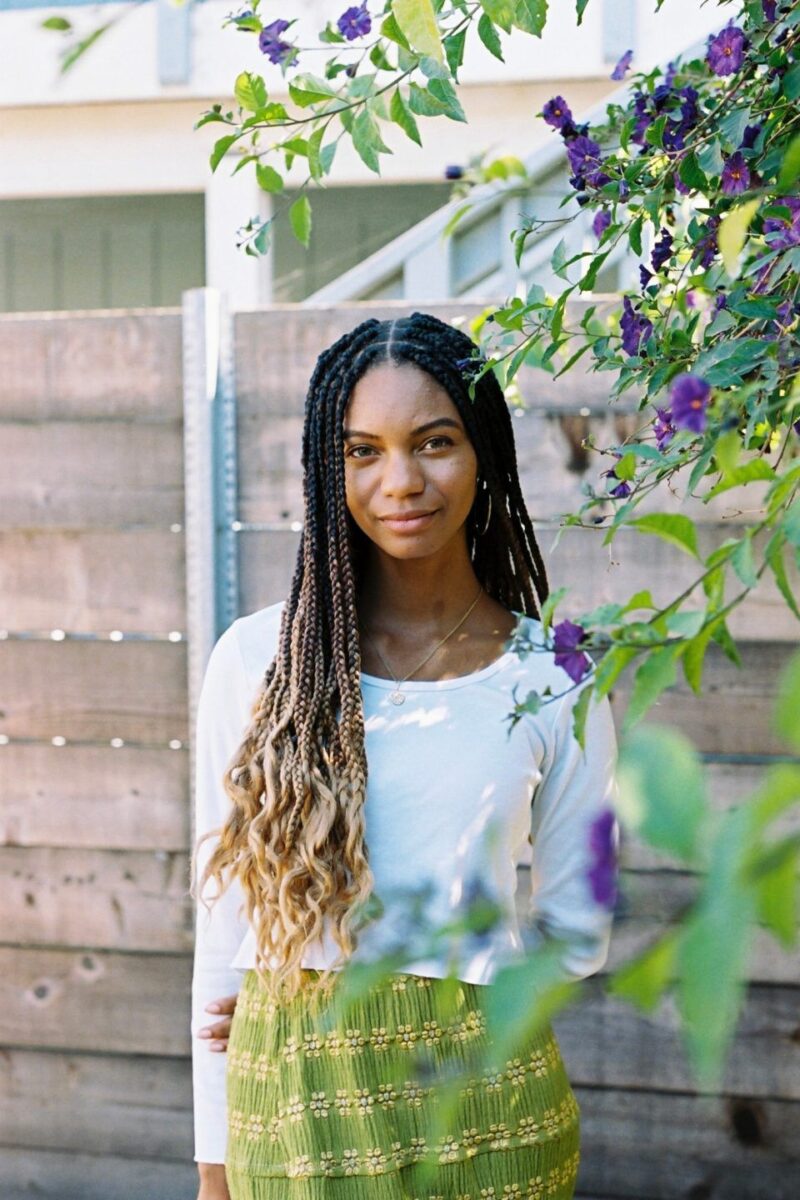 Is she an environmentalist? Or a social justice activist? Leah Thomas is both, and even coined a new term, intersectional environmentalism, to prove that we shouldn’t have to choose.

Your Instagram post linking climate action with racial justice reached 1 million people. When did you first make that link and why?

I was studying environmental science and we were making maps of a variety of environmental topics. I wanted to explore things like median income and race and how, if at all, it correlated with access to parks and green spaces. And I found that it did: the more wealthy you are and the whiter you are, the more – in the US in particular – you have access to parks and community gardens. So after seeing that, I also wanted to look at things like the placement of toxic waste sites, clean air and clean water. I started to find that race and median income were the number one and number two determining factors in who experiences environmental hazards. I felt like it was an area of social justice that wasn’t being focused on enough and I wanted to narrow in on that. 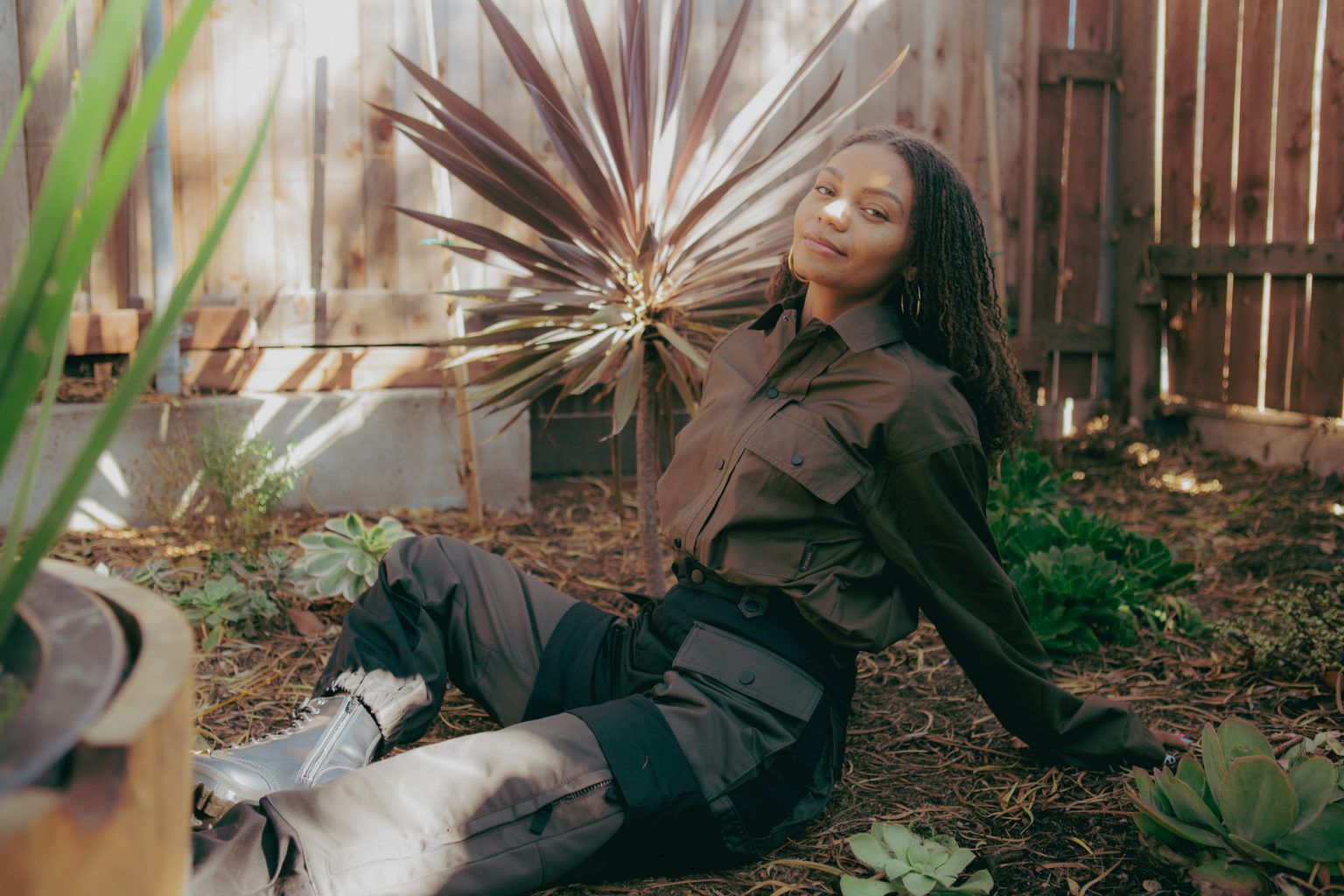 How did you feel when the injustice you saw in your research was mirrored in the injustice fuelling Black Lives Matter protests across the country – also in your home town, near Ferguson, Missouri?

I remember turning on the TV and seeing a gas station that we drove by all the time burning down. I remember hearing about reporters that I knew getting hurt. I remember my sister getting tear-gassed. It was a very dramatic time and I think sometimes things have to hit close to home for you to fully swallow the reality of the situation.

The rallying cry of the Black Lives Matter movement – “I can’t breathe” – shows that it’s not just police brutality or excessive force but also the literal air that people are breathing that is making it hard for them to exist.

I was in shock that there are a lot of people in the environmental space who were not in mourning in the way that I was, traumatised from all of the headlines about unnecessary violence towards black folks. I felt so alone and so isolated and I realised there is a really serious disconnect here. I shouldn’t be the only person in these spaces that’s also advocating for the right to life. I’m trying to save the planet because I love the people of this planet and the animals of this planet, and if the people next to me aren’t also trying to advocate for the people – what type of environmentalism am I participating in? There was a lot of confusion throughout my studies about why racial justice, or LGBTQ+ rights or women’s rights, weren’t being included enough within environmental conversations.

What can mainstream environmentalism learn from the Black Lives Matter movement?

That environmentalism flows through everything. So one big thing would be just making sure we are protecting all endangered species, and that includes endangered humans, in the context of our environmental work. So whether we’re talking about the Black Lives Matter movement or the Stop Asian Hate movement – whatever movement – humans also deserve to be protected. There are innocent humans on this planet that don’t deserve to have toxic waste in their neighbourhoods along with excessive force.

What are you most proud of achieving since introducing this topic to the world at large?

Seeing the ways that this is translating to curriculums. Whether we’re talking about middle schools, high schools or colleges, I’m seeing more environmental justice classes being added. There’s this grassroots momentum of students that want to reshape the ways that they’re learning about environmentalism, shifting the narrative so everyone feels included and can have their stories reflected. There are students demanding this educational shift and I think that’s so cool. 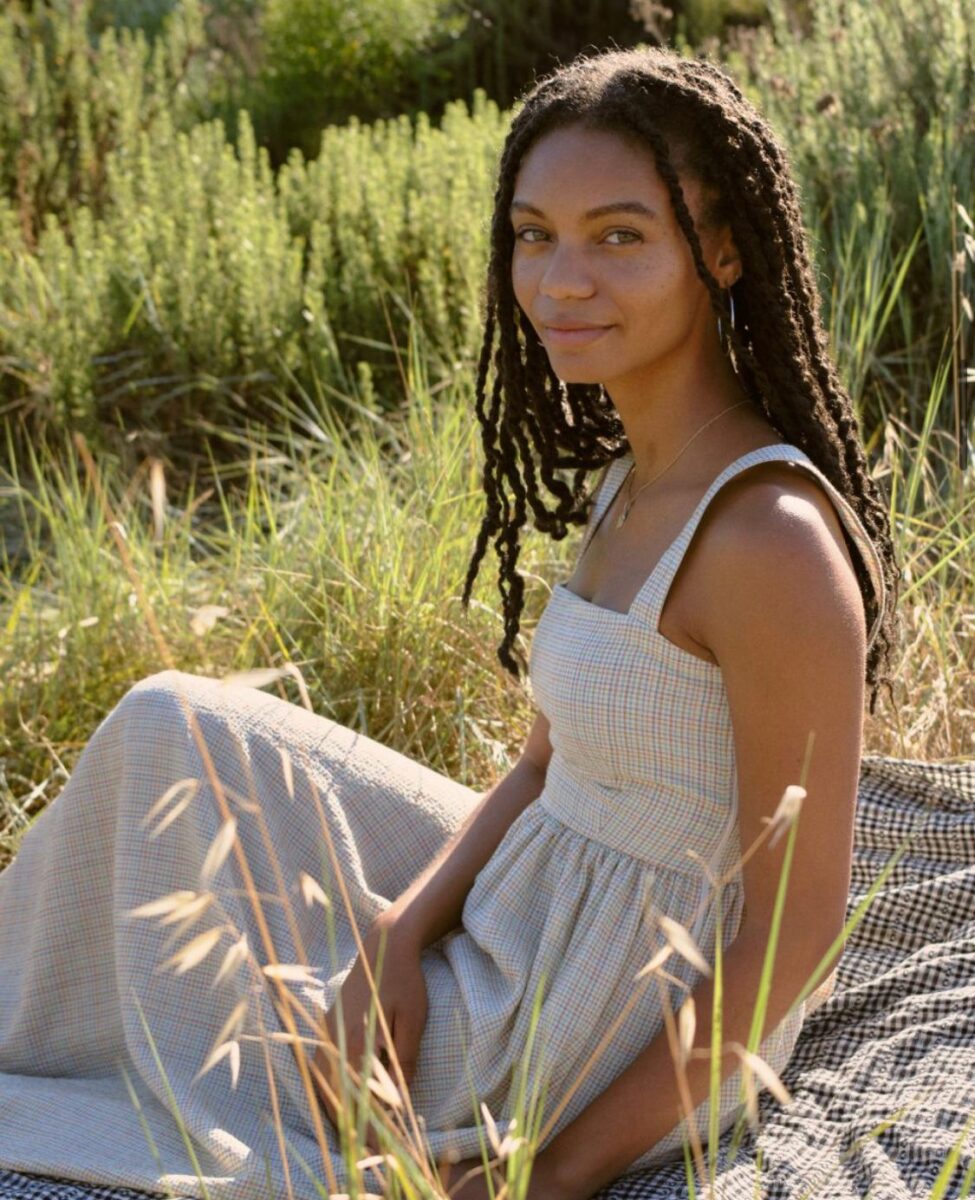 Which changes would you most like to see in the next five years?

I’d like to see more people of colour and people from historically under-amplified groups in positions of leadership within environmental organisations and teaching environmental classes. It’s one thing to diversify entry-level positions, but it’s very different when you have leadership – people that have decision-making capabilities. Also, more shows, documentaries and stories that have diverse folks talking about what environmentalism means to them.

You recently interviewed Betty Reid Soskin – the 100-year-old activist and oldest serving US park ranger – for documentaries-with-purpose platform WaterBear. How important is it to include multiple generations in the environmental conversation?

It’s so important to have intergenerational conversations because there’s so much wisdom. The coolest thing about Betty is that at 100, she still wanted to learn from me. But I could listen to her talk forever. Always being open to learning from each other is so important.

You were a park ranger yourself and studied environmental science – where did your connection to nature come from?

I always liked plants and animals and that’s something that my family really nurtured. I spent a lot of time in my backyard. It’s not like I went to a ton of national parks or anything. I was just doing things like observing fireflies and I would always pick up toads and frogs and hold them for as long as they’d let me. It was just so fascinating. I think it’s innate.

Social inequality can make it very hard for people to have access to nature. There are kids in LA living half an hour’s drive from the beach who have never seen the ocean. How can we change that?

It’s so hard to think about this – but there’s organisations that I adore, that are in these communities that need a lot more support. There’s a group called Ebony Beach Club, and it’s all about black folks that are trying to reclaim their relationship with water and learn how to surf and things like that. There’s a lot of trauma because of the slave trade or segregation – and it’s intergenerational, so find those other entry points, support programmes that are teaching children how to swim, or organisations like Outdoor Afro, or Latino Outdoors that are really trying their hardest to build community to address those inequities.

“The best thing you can do is amplification. In conversation with friends, ask if they’ve seen a certain documentary, share an article, or like a post”

Access to nature can bring so much. Even diverting specific life choices later on, especially some areas such as LA, where I am, it’s really easy to get sucked into a life of crime because there’s poverty, so being in nature can be a refuge. And it can also be an opportunity to be paid and compensated by finding a career in conservation, so it’s really important.

How can people be better allies to the diverse voices going unheard?

The best thing you can do is amplification. In conversation with friends, ask if they’ve seen a certain documentary, share an article, or like a post. Sharing on social media is more important than people think. And if you’re working within an environmental organisation or an organisation that has the ability to create change or donate, it’s about showing people things they might not know about. Maybe you always support WWF, and that’s awesome, but you can also introduce other organisations, like a climate justice organisation. Those are great ways to support. Education is just the first step – also figure out what’s going on in your own community or adjacent communities. Maybe it’s about food, pollution, or water. I’ve been shocked, even just figuring out what’s going on thirty minutes down the highway.

Is there more space for diverse voices within the climate movement now?

Definitely. I’m seeing a lot more educators of colour, creating platforms and also careers for themselves in environmental education. I also am seeing prominent white voices in this space lend their platform to others. I know that Greta [Thunberg] in particular has been lending her platform and creating space for other people. And we’re seeing voices like Vanessa Nakate [Ugandan environmental activist] being elevated and I think that’s so cool.

Sabrina Pace-Humphreys: ‘Finally, after 44 years, I am a proud, Black, mixed race woman’

Sabrina Pace-Humphreys: ‘Finally, after 44 years, I am a proud, Black, mixed race woman’

With Athian Akec  The erasure of Black Victorians, Tudors, Stuarts and Romans from curriculums and…