Kay Rufai’s portraits of smiling black boys from south London came out of an initiative that investigated the lack of mental health provisions for black teenagers.

Photographs of black teenagers that stare prejudice in the face

The internationally acclaimed artist- Kay Rufai returns with a Wellcome Trust & Arts council funded research led mental well-being project for BAME Boys in London. The Project was created as a direct response to the rise in youth stabbings (1,299 in London between April 2017 and April 2018) which sparked a series of reactionary approaches from the government regarding tougher criminalisation of youth, more stop and searches and greater police presence in minority communities.

This birthed the S.M.I.L.E-ing Boys Project.

In terms of challenging stereotypes and representations of black boys this was so powerful for me … because it’s not an image that you’re used to ever seeing, and you question why it has such an impact on you,” says Kay Rufai. He is talking about the 16 large-scale colour photographs of teenage boys that went on display at City Hall in London last autumn. They are distinctive in that each of the 13-year-olds is smiling, captured in moments of happiness, relaxation and vulnerability.

The photographs are on show again this month, printed on to large flags hanging from the ceiling at Brixton Village Market.

But Rufai’s photography is just the most high-profile aspect of a wider initiative, the Smile-ing Boys Project, which aims to address the mental health needs of black teenage boys that can go unacknowledged and unmet. Rufai, whose previous work has explored issues around masculinity, says the project was a direct response to rising levels of knife crime, government “kneejerk” reactions and the media portrayal of black boys and men as perpetrators and victims.

As a black male artist already working with young people, Rufai explains, he could see that rising knife crime was a “symptom of something bigger” and young black boys weren’t being given the tools to manage their mental health.

“These young boys don’t have positive outlets,” he says. “Who’s talking about that? I realised that nobody was – and if they were, it was on the margins.”

With £32,000 funding from the Wellcome Trust, Rufai developed a series of workshops around the eight “pillars” of happiness, such as belonging, security and sense of purpose. He even travelled to Scandinavia and Bhutan – which measures prosperity through gross national happiness – to carry out background research.

About 30 boys were recruited from three schools in south London via teacher recommendations as being among the most disengaged. They were given cameras to document which aspects of their lives were contributing to, or working against, their happiness, including people and places.

The boys then discussed the photos together in the workshops and talked about which aspects of their lives they had control over and which ones they didn’t.

“It created a platform for them to discuss the things they generally weren’t able to talk to people about,” says Rufai. The challenge of having an absent father was an important issue to emerge, says the 36-year-old, who was born in Poplar, east London, but grew up in Nigeria and California – and one he faced himself during his childhood.

Last year’s eight-month pilot project culminated in an exhibition of the boys’ work at Battersea Arts Centre, with extra funding from the Arts Council. It documented their stories through their photography, poetry and creative writing.

The Smile-ing Boys Project is now in four more schools, but Rufai wants to eventually see this preventative work in all schools in the capital as an alternative provision to “typically punitive ways of dealing with kids that they struggle to engage with”, such as pupil referral units or exclusion units.

The Smile-ing Boys initiative was one of two contrasting projects to emerge last year that both used photographic portraits to challenge stereotypes of black boys and men, and the perceptions they may have of themselves.

The 56 Black Men campaign used a series of portraits of black working men wearing hooded tops to cast a spotlight on the issue. The men, photographed by and including the project’s founder, Cephas Williams, look straight at the camera, compelling the viewer to look them directly in the eye.

Their job titles and achievements – such as MP, court clerk, project manager, physiotherapist – are written below, challenging people to examine their own prejudices about what black men can be.

Beamed across social media, on billboards and exhibited at the headquarters of the advertising agency M&C Saatchi, the portraits sparked a national conversation about stereotypes and the role of the media in the negative representation of black men.

Williams, a 28-year-old entrepreneur, grew up in New Cross, south London, where his peers were predominantly black; and Essex, where he was at one point the only black pupil in his school. He describes attending college among mainly black people and then stepping into a white world when he took up a degree in architecture. These experiences he says, helped “inform a world view”.

He first conceived the idea in 2018 after his project to develop a studio for the local creative community in Peckham High Street stalled because of difficulties with the council and others over the building. Williams turned his frustration into positive action by launching a campaign to help black men change their own narrative.

The portraits were a powerful way to attract attention and start a conversation. He chose 56 because this was how many black men were murdered in London in 2018.

“The premise really is for black men and boys to see ourselves amplified in a positive light for once,” he says. He adds that 56 Black Men has become a “movement”. Williams, who gives talks on issues around diversity and inclusion to FTSE 100 companies, says: “There are so many other positive black men out there doing stuff like this who don’t get seen, who don’t get the support they need. Instead of their efforts being highlighted, we’re always talking about the negative portrayal of black men.” With this in mind, Williams has big ambitions as the project enters its second year. He wants to raise funds to bring black men to the stage to tell their stories through “56 Black Men Live” events. An initial show held at Theatre Peckham in October, he says, was a success, but he hopes shows will be run at high-profile venues such as the National Theatre in the long run.

Williams says: “56 Black Men wants to bring storytelling to the stage, part of the reason being that we want black men to be in control of their own narrative.”

Williams is also planning a campaign against racism in football in the form of another portrait series featuring black men connected by their love for the sport. At the same time, he is working with City companies to create an “experience exchange” to give black men direct access to business leaders in the City and other industries. It will help address the problem of black men feeling as if they do not necessarily fit the mould to work in these industries and also change stereotypical perceptions among chief executives and other decision-makers.

“A lot of people live on one side of the river and these black boys live on the other side of the river – and they never get to have a real conversation. There’s no forum set up for that,” says Williams. “So how do we build more inclusive companies when we don’t understand what it feels like to be this person?”

For Williams, the overall strength of the movement will come in numbers and making connections with those who wield power and influence. A 56 Black Men members’ club has even been suggested. “For the black community, we need what I’ve coined as a ‘unified knock’,” he says. “It’s not just individual people knocking on doors, getting dribs and drabs of money and support and dribs and drabs of allies,” he says. 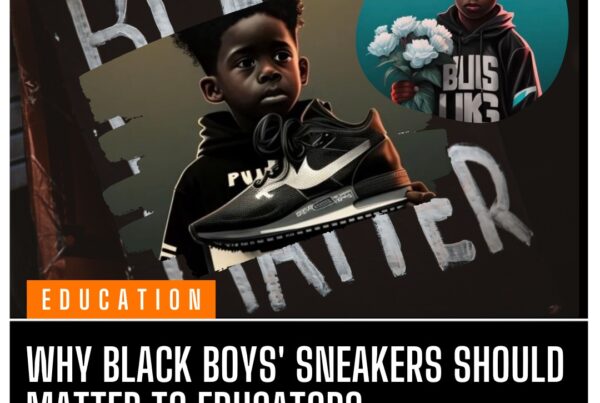 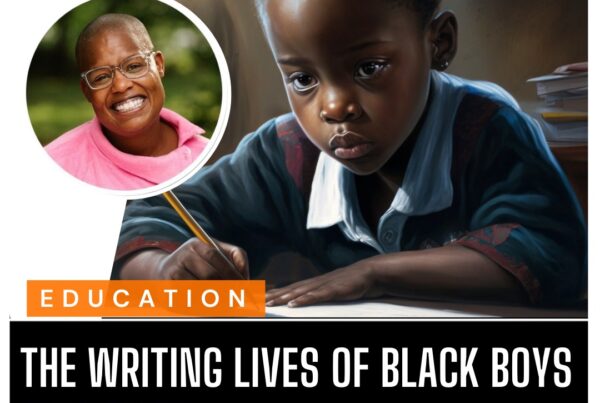 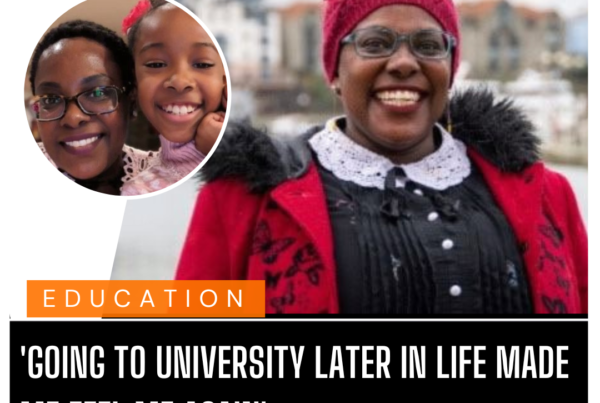