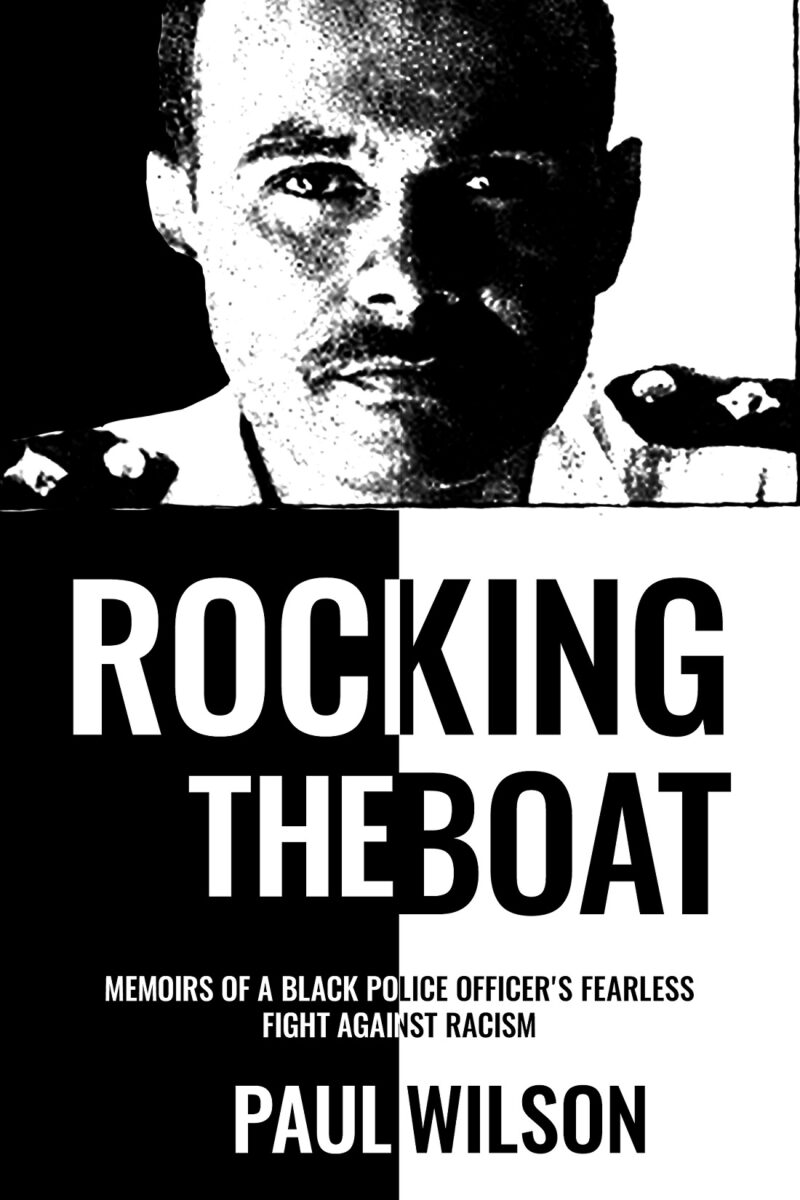 What’s been happening?
Ever since the launch of Rocking the Boat on 21st September, we have been very busy with book promotional activities including several BBC regional radio engagements, along with interviews on TIMES Radio and Spain’s English speaking Talk Radio Europe (TRE). A podcast of the TRE interview is available on the book’s website In addition, I was recently video interviewed by the Metropolitan Black Police Association as part of their project to update the Association’s history and make it accessible as an online resource.

My appearance on October 7th, as the first author ever to be invited to publicise their book inside the South Africa High Commission, Trafalgar Square, is I think probably the highlight of my recent promotional campaign trail, particularly as the event was the 90th birthday celebration of Archbishop Desmond Tutu, the world-famed South African anti-apartheid campaigner.  Big thanks to the Tutu Foundation UK for helping make it happen.

What does success look like?
As a first-time author, I was always a little apprehensive about how Rocking the Boat would be received by the wider public. In fact, with absolutely no idea of how many book sales I might expect to achieve, I googled ‘first time author book sales – nonfiction’ and established that authors in my genre should expect to sell in the region of 500 copies in the first year of publication. However, as I was to discover, the ‘non-fiction’ genre can be broken down into many and diverse sub-categories. Take my sub-category, ‘police memoir’, this you might consider is a relatively small niche until you realise that hundreds of police officers have written memoirs over the years. In fact, the increased popularity of the police memoir was reported back in 2016 when a Guardian article examined this phenomenon and observed ‘the (police memoir) genre goes back two centuries and provides an invaluable prism through which we can see how and by whom our laws are enforced’.

So, the competition experienced by authors in this genre is considerable, or is it? While modern-day policing was introduced in 1829 the authors of the many police memoirs published throughout the past two centuries share similar characteristics in that they are a) predominantly male and b) almost exclusively white. In fact, John Grieve, (the former head of anti-terrorism at New Scotland Yard) reminds us that only a handful of black and Asian police officers have penned their autobiographies/memoirs. He lists their names and book titles in his academic review of ‘Rocking the Boat’ recently published online in the prestigious academic journal, Policing & Society

Grieve’s 1200-word review recognises the commonality of the black and Asian police authors’ experience but observes: –
“(Rocking the Boat) has a particular strategic importance because of the role (Wilson) and his colleagues played in identifying evidence of institutional racism to Sir William Macpherson and the Stephen Lawrence Inquiry.” He goes on to mention the “exceptional documentary detail“ relating to the “sequence of events from the 1990 Bristol Seminars to the Bristol Reunion Group leading to the founding of the 1993 Black Police Association (BPA) in London and eventually to the National Black Police Association“. The review effectively introduces black and Asian police authors as a new sub-category of the ‘police memoir’ and lastly, Rocking the Boat’s (Policing & Society) review now places it firmly in the academic resource sub-category. These combined factors have I suspect, been instrumental in Rocking the Boat achieving (within a few weeks of release) a very desirable accolade as SRL Publishing Ltd.’s bestselling book of all time.

I will be signing copies of Rocking the Boat at the Brixton Christmas Market in South London on Sunday 5th December and on 12th December, at the invitation of the Carrington Village Hall committee, I return to the village where I grew up to talk about my book and hopefully reconnect with a few faces that I’ve not seen in 40+ years. I am particularly looking forward to that.

Best wishes for the festive season and 2022!!