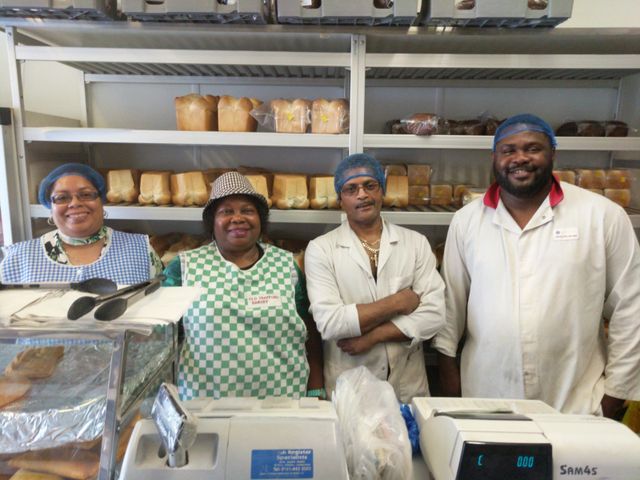 ”Patties so good I send them in the post”: The Old Trafford Bakery’s amazing 60-year story

“I come here because the food tastes GOOD”

The Old Trafford Bakery is sandwiched tightly between the red brick terraces on Shrewsbury Street. Next to the door, there’s a poster for a soundclash coming up later this month, and customers are milling around outside, looking at the new takeaway menu, the sandwich board a comprehensive list of Jamaican standards - curry goat, ox tail, brown stew chicken.

Since the early 1960s, this small, but perfectly formed bakery has been supplying Caribbean hard dough bread, fruit buns and patties to the neighbourhood. And well beyond too. On Tuesday last week, ambulance driver Dale was waiting for the beef patties to come out of the oven, the smell of browning pastry thick in the air of the tiny shop.

“Sometimes I buy stuff and send it down south to my dad in the post, because he’s got no Caribbean bakery where he is. First class,” he says. “I’ll do that once or twice a year. But if the food wasn’t good, people wouldn’t come back.” So he’s a regular then?

“He’s a regular to every takeaway there is,” his co-driver says, rolling her eyes. “I come here because the food tastes GOOD,” Dale laughs, heavily emphasising the ‘good’, and patting himself on the belly. “This is good living. I’m content, me. I’ll get a bun, some hard dough bread and a patty to eat on my way home. 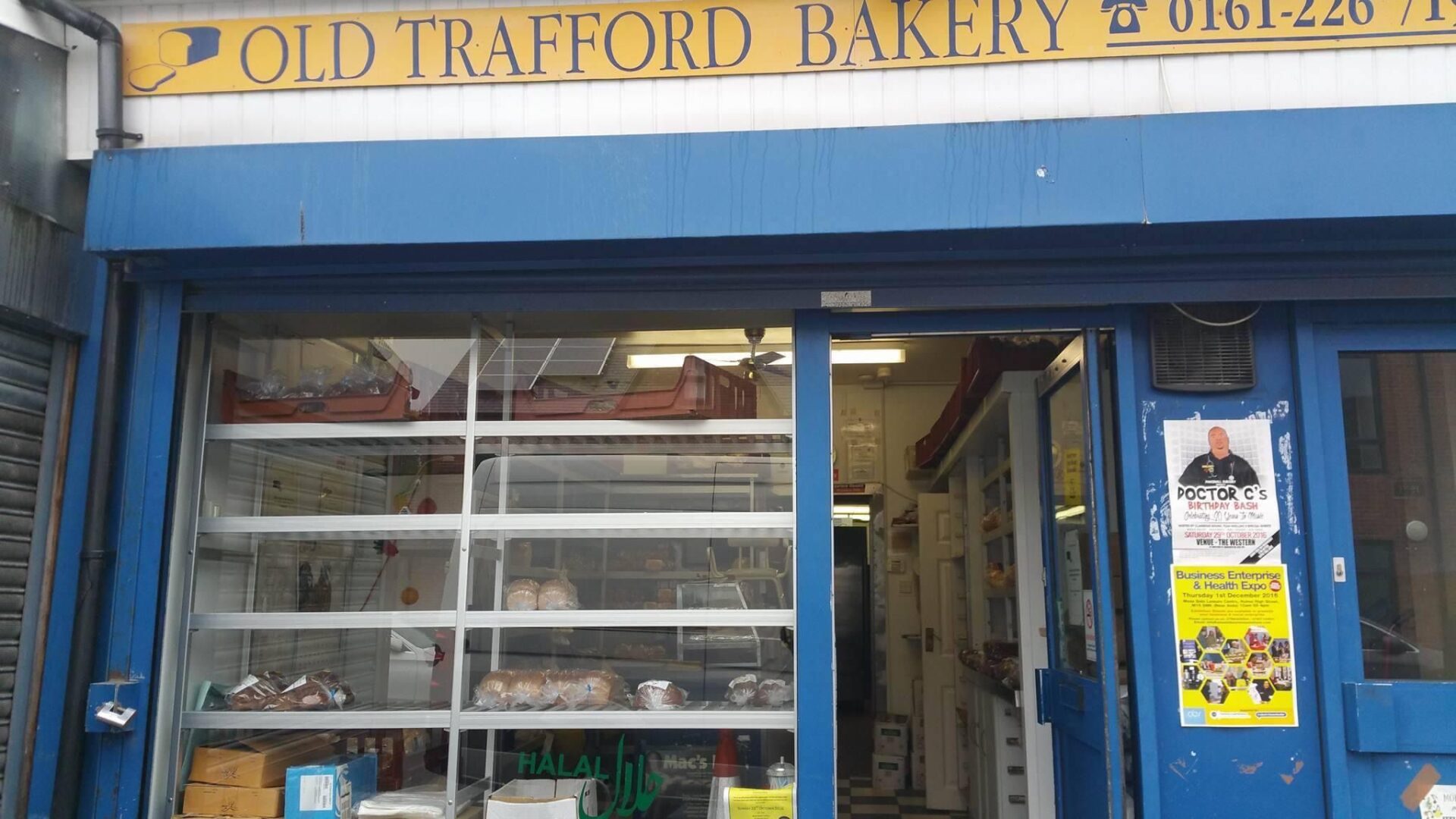 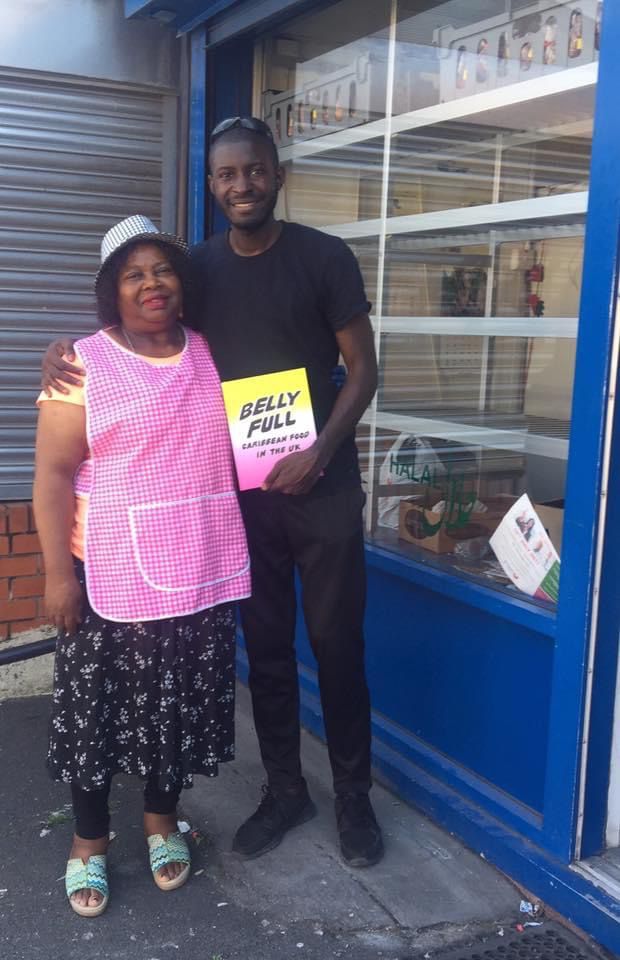 “I’ll drive over from Longsight, make the journey because it’s worth it. It’s all about the authenticity of the food they’re making here.” 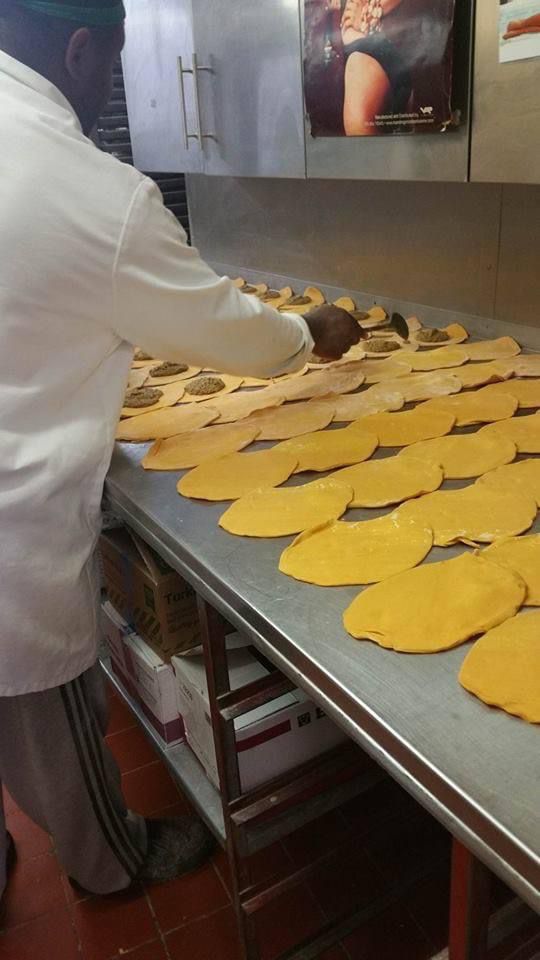 Behind the counter, Mrs Thompson - Joanne, but known better as ‘Mrs T’, or the more respectful ‘Mrs Thompson’ to everyone from staff to customers - can hear what he’s saying, and smiles. She’s owned the bakery since 2002, and her son Paul is in the back baking the patties, the pastry deep yellow and made with margarine - not so fashionable these days, but they wouldn’t taste the same otherwise. Yes, the beef ones are good. But the lamb are really something else, just spicy enough, the pastry short and melting.

Paul has worked here since he finished school, and unofficially before that too, earning pocket money by cleaning the pans as a boy. He became an apprentice to the former owner, Wilfred Reed, who started baking ‘in a small way’ at his home on Clifton Street, just around the corner, before founding the bakery where Dale and countless thousands over the years now get their patties, hard dough and fruit buns. Paul says it’s ‘still my passion’, but it’s hard work. He’s usually up at 3 or 4am, with his assistant baker Devon.