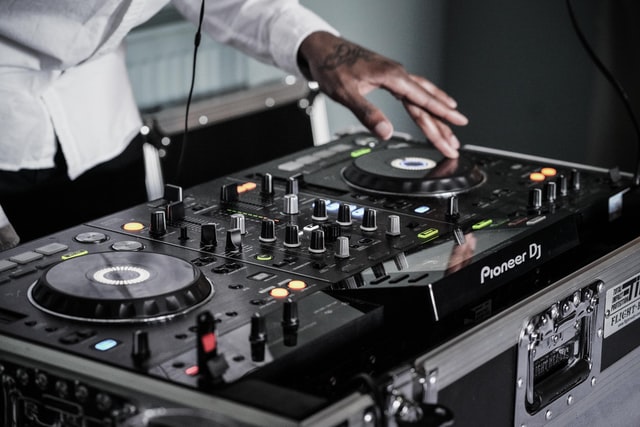 Linett Kamala was one of the first female DJs to ever play at Notting Hill Carnival. Now, she is hoping to help the next generation

Notting Hill Carnival is gearing up to return to the streets of West London for the first time in three years. Europe’s largest outdoor carnival event attracts millions to the capital to come and celebrate the history behind it.

Carnival started in the mid-1960s as a children’s fair and has gone on to become one of the biggest events in the world. The dancing, partying, drinking, excitement and history are all that make carnival what it is. That is why those people who have an attachment to carnival are making it their mission to teach the next generation the importance of Notting Hill Carnival.

Linett Kamala is deeply connected to the TEDx Ladbroke Grove community through one of the things Ladbroke Grove is most renowned for – carnival, Notting Hill Carnival – Europe’s largest street party, an immense celebration of Caribbean culture.

Linett Kamala, 52, is a Board Director for Notting Hill Carnival and has been dubbed the ‘Sound System Queen’. She has been involved with carnival since the 1980s. She was actually one of, if not the first, female DJ to play at Notting Hill Carnival. She has seen Carnival grow from a London-only into the worldwide attraction that it is today. Her attachment to Carnival goes further than that. She loves the sound systems that it showcases and wants to be able to develop the next generation to take over the reins.

Speaking to MyLondon about Carnival and what it means to her, she said: “I’ve been involved with Notting Hill Carnival since my late 20’s. I remember djing at one of the sound systems and being the first female DJ ever at the Carnival. It was amazing. People call me the Sound System Queen and I can’t believe it’s been nearly 36 years since I’ve been doing this.

“I started as a Dj but ever since the pandemic and lockdowns, I took over running the sound system operation. I performed on the Disya Jeneration Sound System, and now 34 years later I manage it. Lots of people will know the Disya Jeneration sound system, we are based at Powis Terrace, but people may not know who we are. That’s what I’ve been trying to change.”

To counter educator bias, we need more Black teachers in our classrooms

To counter educator bias, we need more Black teachers in our classrooms