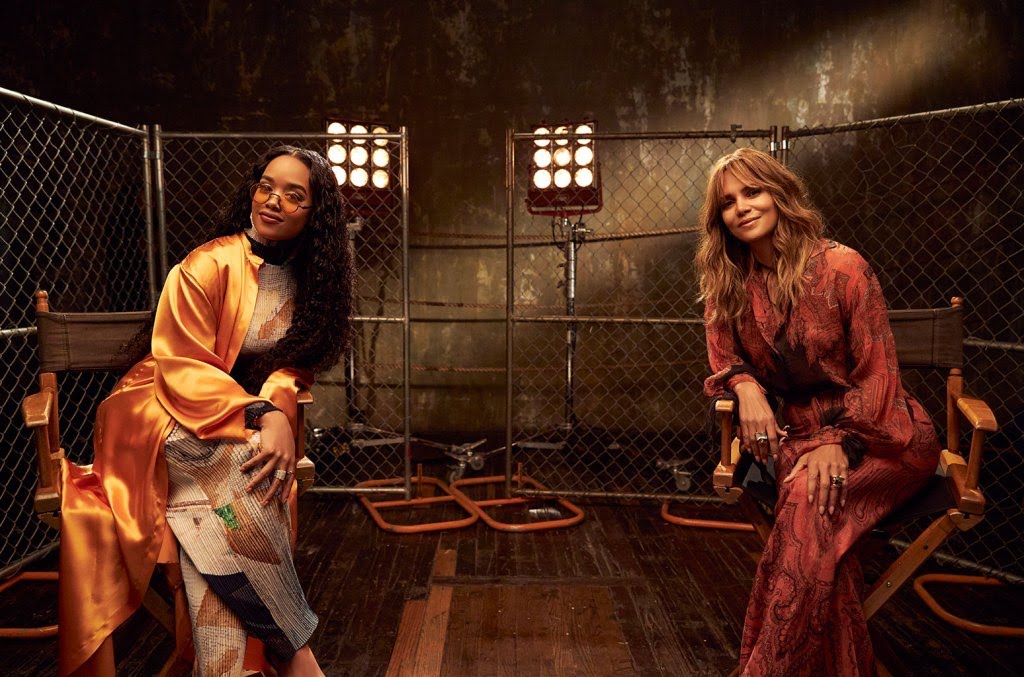 Berry felt so passionate about H.E.R.’s 2016 song “Focus” that she posted the entire song — in three parts — on her Instagram account, she says in an exclusive discussion between the two Oscar winners for Thursday’s (Dec. 2) Netflix Playlist showcase, where they talk about H.E.R.’s music, what it means to be a woman in the entertainment industry and the women-led soundtrack, co-executive produced by Cardi B.

Berry calls the song, about wishing your partner would put away all distractions and pay attention to you, an “anthem.”
“I wasn’t feeling seen in the way I wanted to be seen,” Berry tells H.E.R.
“I would put [‘Focus’] on, and it would remind me that it was OK for me to demand that somebody focus on me … that I deserve love and I deserve the focus on me and my feelings and what my needs were.”
So it makes perfect sense that the two women came together for Netflix’s Bruised, the fictional story of MMA fighter Jackie Justice, who returns to the ring and defiantly reclaims her life after she reunites with the son she gave up as an infant.
“I know the power of you when you put your voice on something and you put your energies and your intentions into something,” Berry says to H.E.R.
“And if this song, ‘Automatic Woman,’ could hit others like ‘Focus’ hit me, I feel like I’ve been part of creating something that’s really magical.” H.E.R.’s
“Automatic Woman” lands like a series of nonstop punches, with staccato beats and a rapid-fire delivery from the singer/songwriter as she mixes in boxing metaphors to describe a woman who will stop at nothing until she emerges victorious.H.E.R., who co-wrote the song with Van Hunt and Starrah, says she drew strength from the story.
“I was so moved by ‘No matter what happens, I’m going to make it through,’”
she says. “The idea of perseverance and, like, pushing through, fighting through … all those things you have to tell yourself to be able to fight through. … If you’re looking in the mirror and you’re really trying to get it together, what do you tell yourself?”
Both Berry and H.E.R., like the film’s protagonist, have had to fight to be taken seriously. “We have to be that strong, especially women of color,”
Berry says. “We usually aren’t given anything.

Everything we’ve had, we’ve had to work really hard for.”

Similarly, H.E.R. found herself not being taken seriously at times. “I’ve definitely felt sometimes as a woman being underestimated walking into rooms, especially when I was a young girl coming in with my guitar:

‘Who’s this little girl? Whose kid is this?’ Yes, I still get underestimated sometimes, but I play [my guitar], know what I’m saying, it’s a whole different thing,” she says with a sly grin.

“I think in this world we get put into boxes… and we just make new boxes. … When you are what you are, you don’t have to say what you are; you can just be.”In “Automatic Woman,”

H.E.R. has created a song that provides a boost to any woman who needs to be reminded of her own fierce strength, including Berry.

“That’s the thing about women, though,” H.E.R. concludes.

“We’re limitless.”Watch their conversation above, and listen to “Automatic Woman” from the Bruised soundtrack below:

Viola Davis | “My Entire Life Has Been a Protest”

Viola Davis | “My Entire Life Has Been a Protest”