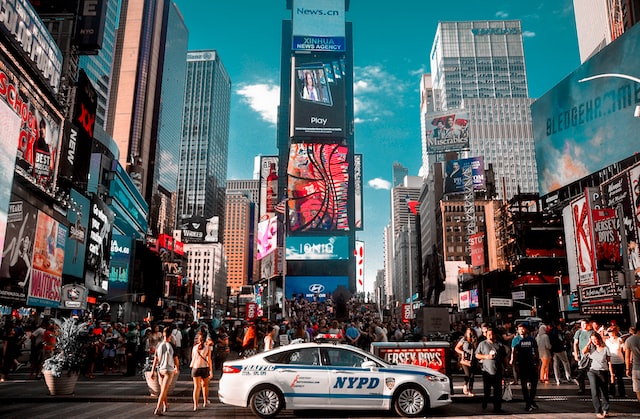 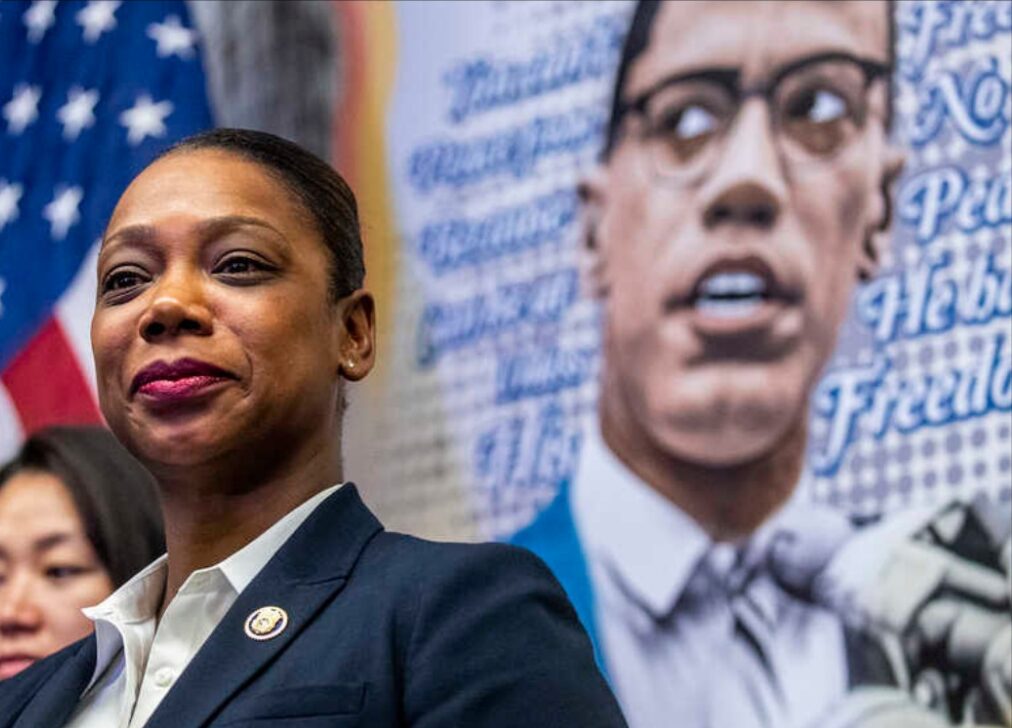 Just three weeks into her tenure as the first woman to helm the New York City Police Department, Commissioner Keechant Sewell faced an immense tragedy in her new force — the fatal shooting of two police officers in a Harlem ambush.

Her first year on the job was book-ended by attacks on cops when an alleged Islamic extremist came at officers with a machete just blocks from Times Square on New Year’s Eve, leaving three injured.

“As evidenced last night, there are significant dangers in this profession,” Sewell said in a message to the city’s Finest on New Year’s Day.

“Be it your first day, or any other, you face the challenges and malevolent forces across this city head on, to prevent the victimization of others.

“This is the legacy of the NYPD,” she continued, “I am honored to serve with each of you and am truly grateful that our officers will recover.”

Praised by Mayor Eric Adams for her “emotional intelligence” when hired, the media-shy commissioner has given few interviews — even hurrying away from a Post reporter at an event earlier this year — and rarely strayed off script in public.

But Sewell’s impassioned speech at Harlem Hospital, and her turning down questions from the press there late on the evening of Jan. 21, 2021 — when a domestic violence suspect shot Officers Jason Rivera and Wilbert Mora — gained her some early respect among the rank-and-file. 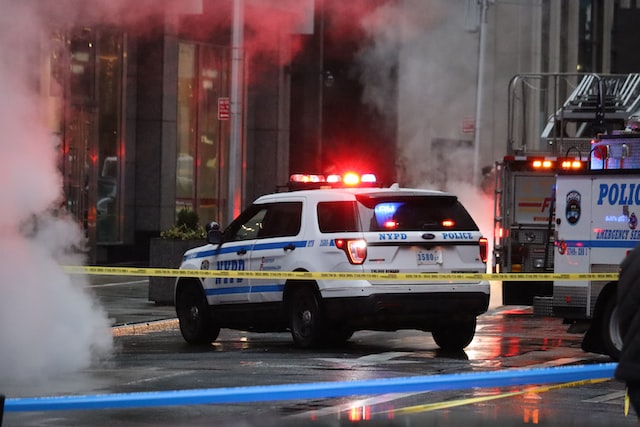 As of this past Sunday, murders were down 13.1% in New York City compared to last year

Cops felt some optimism that the outsider from Nassau County would address numerous long-standing issues in the department — but low morale among the force has been one among several challenges the new commissioner has had to face since taking office.

While the Big Apple has seen a dip in murders in 2022, the NYPD has struggled to stem soaring crime — including major felonies such as robberies and assaults — and grappled with a spate of heinous, high-profile subway attacks.

The NYPD refused to make the police commissioner available for an interview with The Post unless it could select the reporter, and did not comment.

In 2022, Adams and his Deputy Mayor of Public Safety Phil Banks directed Sewell’s police administration to focus on the unprecedented surge in gun violence.

This led to the rollout of rebranded anti-crime teams, dubbed Neighborhood Safety Teams, which fulfilled a campaign promise of Adams, as well as a redeployment of desk cops across the city.

While police brass have been unable to quantify the effect those teams have had on the violence, Sewell and her team oversaw a 17% drop in shootings and a corresponding 13% dip in murders, as of last week.

That figure still remains a far cry from the pre-pandemic levels in the city — and all other major felonies aside from homicide were up on the year. Overall index crime — meaning those against a person or property — was up nearly 23% as of last week.

Police have another grim trend to overcome: one in 10 of gun violence victims in 2022 were children. New York City’s youth has increasingly fallen prey to wild shootouts or have been targeted over an argument. 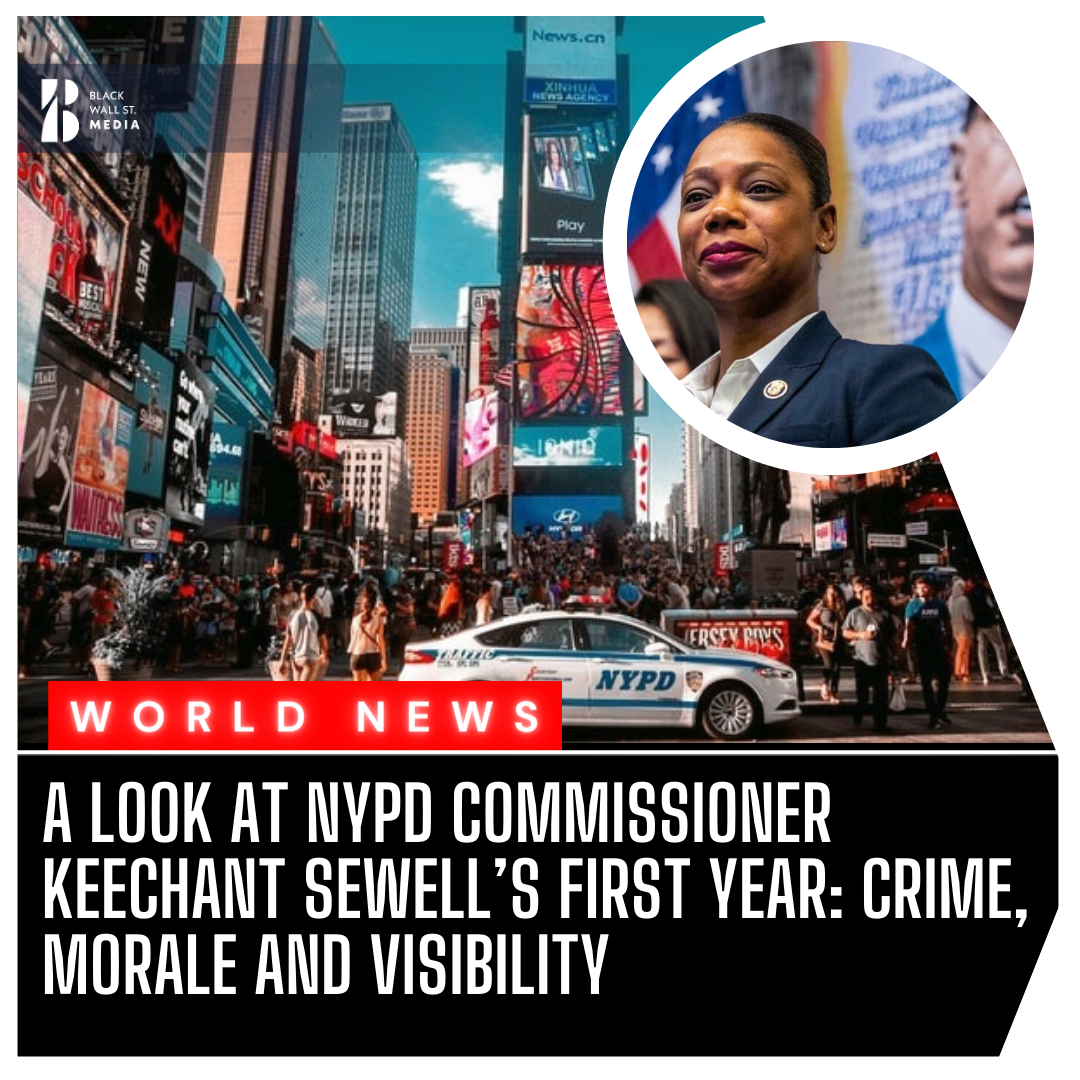