A former DEI executive at Google suggests that the myth of the Black woman is that she is impermeable and says, “This assigned impermeability has a significant impact on her mental, physical, and emotional health.”

Who do you think of when you hear the term “Black girl magic?” Do you think of four-time Olympic gold medalist Simone Biles? Tennis star and the highest-paid female athlete Naomi Osaka? Perhaps Grammy-winner India Arie comes to mind, or the award-winning actress Taraji P. Henson? Each of these women is a beacon of power, talent, and excellence while also displaying the courage and vulnerability to say, “enough.”

Picture left: By Maurice James.
Black girl magic lives in the same un-MARVEL-ous universe as Black Superwoman, who has the dubious distinction of being likened to a syndrome. As Dr. Cheryl L. Woods-Giscombé explains in her 2010 study: the Black Superwoman role has its benefits and its liabilities—with an emphasis on the liabilities.

Black women, by the very nature of their existence, face the stark reality of experiencing double oppression: gender discrimination on one hand and racism on the other. The myth of the Black woman is that she is impermeable. This assigned impermeability has a significant impact on her mental, physical, and emotional health.

Although Black women have consistently overcome obstacles to achieve great success—such as becoming the largest-growing group of entrepreneurs in the U.S. or leading the majority of social justice reform movements—these women are, at the same time (more often than not), both the breadwinner and primary caretaker of their families, which makes this success come at an exceedingly high cost.

Black women are at a greater risk of suffering from anxiety and depression due to these stressors, and according to research, anxiety for Black women is more chronic and the symptoms more intense than in their white counterparts. Despite this, Black women are less likely to find and obtain proper treatment, and for good reason.

First, there exists a lack of diversity and cultural competency within the therapeutic community that results in a lack of understanding around the heightened stressors of racism, discrimination, and sexism that exist in the everyday lives of Black women. These failings are representative of the failings of society and are expressed in every arena, big and small.

Take Naomi Osaka, who recently lost her match representing Japan in the Olympics and cited the intense pressure she was experiencing. This was after she faced condemnation and threats for withdrawing from the French Open and Wimbledon in order to prioritize her mental health over the media demands of four tennis organizations. Simone Biles echoed Osaka’s sentiment when she pulled out of her team’s gymnastics final this week, saying that she wanted to focus on her mental health and that “mental health is more prevalent in sports right now.”

Actress and Academy Award winner Taraji P. Henson also became a crusader for mental health specifically as it relates to Black women, saying, “People expect Black women to be strong. We’re invincible. We’re magical, majestic, something other . . . Why can’t we just be human?”

Iconic songstress India Arie became a champion for wellness after entering the music industry and having her mental, spiritual, and physical health hit hard on every level. She recently launched an online practice, The Wellness of We, which seeks to advance collective well-being and community care.

These stories are more than a headline for Black women in America. They’re an acknowledgment of an issue that women of color, particularly Black women, face every day as they struggle at the altar of Black girl magic—the perpetually resilient and strong super-heroine stereotype that traps more women of color than it frees.

Black girl magic is a label born from a movement created to celebrate the resilience and power of Black women and has become synonymous with super-heroines who can do anything and conquer everything. It is empowerment on overdrive, betraying a harmful and unrealistic belief that Black women possess some type of secret magic that infuses them with an inherent strength to withstand every kind of pressure, pain, and adversity. It, in effect, makes them invincible and—worse—responsible for the harsh and punitive reactions they get when they don’t live up to the hype. Blame is so much easier than examining and dismantling the systems, organizations, and thinking that cause the pressure, pain, and adversity in the first place.

Though the Black girl magic label is embraced by many Black women because of its original intention to celebrate our ability to overcome the challenges, obstacles, and institutional barriers that have been placed against us, it has become a double-edged sword. The sharp edge of the knife cuts deep as Black women struggle to be seen as human—as simple and complex as that is—yet have grown accustomed to suffering in silence and being tired, worn out, overlooked, and overworked, all the while dealing with constant societal prejudices and pressures. These struggles often lead to a daily battle to cope with anxiety and depression that has often become the norm for Black women.

How can we replace the Black girl magic myth with a reality (and culture) that empowers Black women to embrace greater self-care and rejects these harmful expectations and stereotypes?

First, let’s start by celebrating Black women such as Simone Biles, Taraji P. Henson, Naomi Osaki, and India Arie for having the courage to dismantle the myth, share their stories, and prioritize their well-being and mental health. Let’s also have the courage to put bold actions in place that ensure that the guardrails exist to protect and maintain the mental health of every individual and frankly, society at large.

October 15, 2021
If trauma can be passed down through generations, so can joy   Psychotherapist and author…
BHM 2021BLACK HISTORYCARIBBEAN NEWS

October 14, 2021
The story of Coventry's Windrush church - an historic sanctuary for new arrivals to our…
MOVIES & ENTERTAINMENT

October 14, 2021
Francis Williams: Poet, Scientist, Polyglot During the time of the transatlantic slave trade, slaves were… 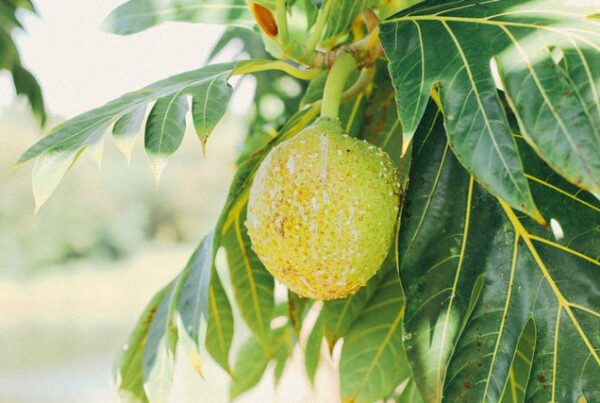 DO YOU KNOW … how the first breadfruit plants reached the island of GRENADA? In…